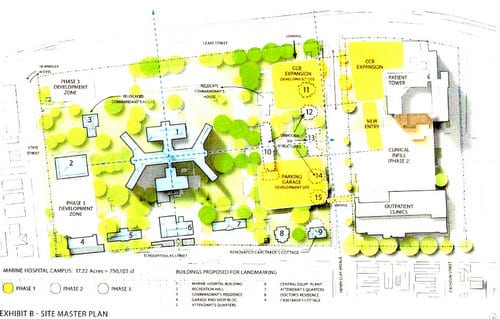 City officials gave an initial endorsement Monday to Children’s Hospital’s plan to tear down a handful of long-dilapidated residential structures along the edge of the former New Orleans Adolescent Hospital campus and replace them with a new parking structure intended to unify the two medical campuses into one.

Preservationist advocates have sought to have the entire the former NOAH site — also known as the former Marine Hospital, built in 1931 — formally designated as a historic landmark, which would give the city purview over any changes to the property there. When hospital officials and preservationists met before the Historic District Landmarks Commission in March, however, they described a compromise that would allow Children’s Hospital to tear down six of the 15 buildings on the Henry Clay Avenue edge of the NOAH site.

“These are residential structures, other than the administrative annex, which really do not lend themselves to adaptive reuse for a state-of-the-art facility for the care of children, especially with compromised immune systems,” said attorney Justin Schmidt. “They are riddled with asbestos and lead paint, and the abatement on them would simply not be practical.”

On Monday, Children’s Hospital officials appeared before the Neighborhood Conservation District Advisory Committee — which will governs demolition requests while the landmark designation is still pending — to move forward with the demolition aspect of the plan. They also presented a master plan — representing a $250 million redevelopment — which shows in detail the changes they propose: 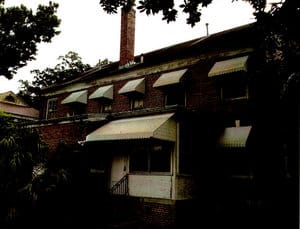 Building 12, one of the NOAH residential doubles that will be torn down as part of the Children’s Hospital master plan. (via nola.gov)

City officials have expressed a strong desire for the redevelopment of the NOAH site to unify it with the existing Children’s Hospital as much as possible into a single medical complex, Schmidt told the committee, so much of the design expresses that priority.

“Part of the plan is to try to weave into a very integrated campus, with new and old,” Schmidt said. “…There’s very much a need, even a mandate from the city, to integrate these two properties into one, so they don’t read as two separate pieces of property.” 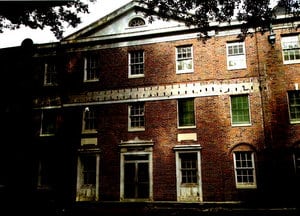 The nine buildings most prioritized by preservationists will all be renovated and returned to medical use, and the long Tchoupitoulas side will continue to look the same way it has historically, including Building 8, a duplex to be preserved that looks the same as those being torn down, he said. The hospital will also harvest the historic architectural elements from the buildings it tears down — including some of the old brick — to be used in the new structures in the future, Schmidt said.

The parking garage, meanwhile, is intended to alleviate existing parking problems at Children’s Hospital that spill into the neighborhoods, said hospital CEO Mary Perrin. Currently, much of the hospital’s overflow parking is in a long lot along the backside of the NOAH campus, such a long walk for some patients that they choose to park in the neighborhood instead. Placing the garage within a breezeway’s distance from the main campus should serve both patients and neighbors alike, she said.

“It’s important that this be as close to the hospital as possible,” Perrin said.

The building expansions are not expected to dramatically increase the number of people working at Children’s Hospital, Perrin said, but merely to spread them out more appropriately. For example, one of the hospital’s two MRI units is housed in a trailer outside the building, exposing patients to the weather on their way to it — but the expansions will give it a permanent location indoors. Likewise, many of the physician’s offices will move from the Children’s campus into the main hospital building on the NOAH site.

“We are not anticipating an increase with this plan,” Perrin said. “This is really about right-sizing the facilities we currently have.” 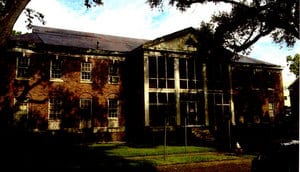 The demolitions overwhelmingly won the support of the committee. The four residential buildings were approved for demolition unanimously. Buildings 10 and 13 — the administration building and larger apartment house, respectively — each passed 8-1. Jenel Hazlett, the lone vote against them, had questioned whether they could be preserved and still allow for the construction of the parking garage.

“It sure looks to me like you could place the parking garage so that it didn’t take out Building No. 10,” Hazlett said. “I can respect the need for parking. … If there’s a way to get parking and only eliminate two buildings, then that’s great.”

(In a separate action, the panel also voted to allow demolition of the former Newcomb College Institute building on Tulane’s campus.)

The changes must still be approved by a final vote of the full City Council. Meanwhile, the landmark designation is still pending and likely to be ready in June, though the site has the protections of the HDLC now. Discussion seems to proceeding well as the HDLC representative on the demolition committee thanked Children’s Hospital for their openness in the development of the master plan.