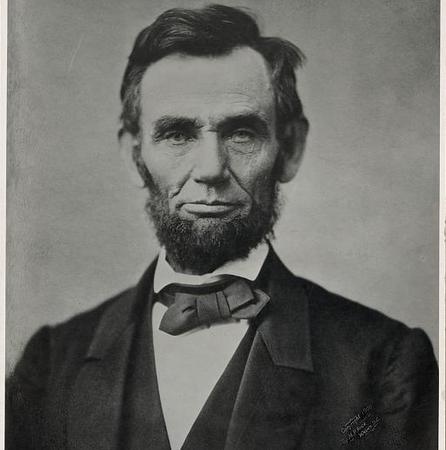 Americans rich and poor, old and young, paused yesterday to remember the 150th anniversary of the assassination of America’s first martyred commander in chief, Abraham Lincoln. Lincoln is often considered America’s greatest president, polling way ahead of even George Washington.

A self-educated lawyer born in Kentucky’s western frontier, Lincoln became an early leader in the newly formed Republican Party and always spoke out against the expansion of slavery. Lincoln won the presidency by sweeping the North, causing the Confederate States of America to be created even before he was sworn in as America’s sixteenth president.

Unlike many of our current elected officials, Lincoln felt very strongly about the need to reunite our nation which slavery had bitterly divided. He governed well even in crisis, successfully leading America through its bloodiest war, abolishing slavery, strengthening our democratic way of life, and jump-starting our modern economy.

Lincoln masterfully worked Congress to accomplish abolition. He continued to push his congressional leaders, horse-traded and called in every favor; offered any inducement he could think of to accomplish this priority. In the end, he liberated 4 million Americans of African descent whose descendents have subsequently been able to more fully participate in the American dream.

Like Barack Obama who took his pledge using the Lincoln Bible, every modern president has drawn inspiration from Lincoln, the touchstone against whom other presidents are always measured. Lincoln had a great gift in being able to embrace his opponents, set his own ego aside and move forward for the good of mankind.

Lincoln’s courage, tenacity, and willingness to sacrifice personal comforts makes him “a president for the ages.”

PSC Commissioner, former Lt. Governor and current gubernatorial candidate Scott Angelle, who has been focused until now on strengthening his Acadiana base, is coming to New Orleans next week for his first major appearance Wednesday, April 22, at Basin Street Station. The free reception starts at 6:00 p.m. and will be co-hosted by Bob Edmundson, John Williams, Blake Jones, Kathleen Parke, Dr. Shane French, Wiley McCormick, Marjorie McKeithen, Tucker Crawford, Bunny Charbonnet and others. Though we’ve never met Angelle, we understand he intends to run an aggressive campaign in the New Orleans media market.

We know campaign season is in high gear from all the live calls and emails we are receiving from Democrats and Republicans alike seeking donations of every size. Though media was technically excluded from David Vitter’s fundraiser with special guest Jeb Bush last night at Joe Canizaro’s home, we’re sure considerable dollars were raised.

Hillary Clinton’s campaign is giving interested parties the opportunity to get on top of the fundraising pyramid by setting up their own online Hillstarter fundraising page. Of course individual donations are also possible through hillaryclinton.com/donate. Since Hillary’s Saturday announcement via social media, more than 15,000 donors have contributed. Not a bad start for a woman who wants to raise billions.