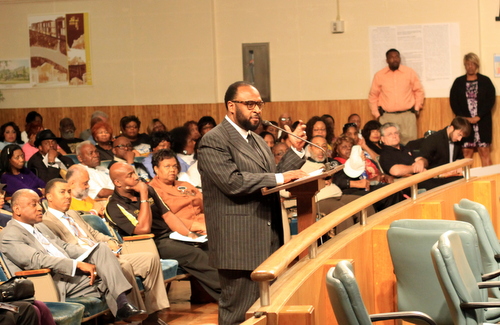 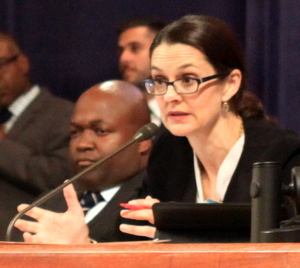 Following a heated discussion on Thursday, the New Orleans City Council voted in favor of requests to rename sections of two streets in Central City after prominent local pastors.

The council members were mostly united in their desire to honor Bishop Robert C. Blakes of New Home Ministries on Carondelet and the Rev. John Raphael Jr. of New Hope Baptist Church on LaSalle, both of whom passed away in 2013. Likewise, the council members largely agreed that the city lacks a formal system for honoring notable citizens via its street grid.

The issue that divided the council so sharply on Thursday, however, was whether to go ahead and rename the two street portions immediately, or whether to wait until that honorary system is created.

Members of the two congregations were first to speak Thursday, and they were united in their insistence that the work of Blakes and Raphael in their neighborhoods merited the memorial. They were noted as role models to the neighborhoods, unafraid in their opposition to crime, steadfast in their devotion to their people, and a credit to New Orleans internationally for their service.

“I believe these lives should be cemented in history as a reminder of how we should live and serve our community,” said Pastor Jamal Weathersby, who succeeded Raphael at New Hope.

Mayor Mitch Landrieu strongly supported the name changes, said Deputy Mayor Emily Arata, because it is important for “our street names to reflect our true history and our true heritage.”

Opponents, however, said that they felt an honorary system alongside the traditional street names were better for the city. The Preservation Resource Center has been advocating for the creation of such a system for more than a decade, said Michelle Kimball, and the requests regarding Blakes and Raphael should jumpstart it.

“This is the perfect opportunity for us to commend these men,” Kimball said.

“We are asking you to develop a different way of honoring people than changing the names of our historic streets,” agreed a Central City resident.

Only one person spoke against honoring the pastors, Jason Berry of the New Orleans Secular Humanist Association, partly because of the use of the pastors’ religious titles in the new street names. But he also said the men had “troubling” views about homosexuality, and said the city could one day view these new street names in a similar way to Palmer Park (which was named for a prominent racist pastor).

Chris Otten, chair-elect of the Louisiana-based Forum for Equality, said in an interview after the meeting that his organization had requested a 30-day delay on the vote to research the issue. “We thought it was appropriate to request a delay in the vote so that we could give the Council a position reflecting the values both of the city and the LGBT community,” Otten said.

The positive framing set by the speakers from the audience, however, was quickly lost when discussion returned to the Council dais. Each council member spoke on the issue in one of the most divisive exchanges since a May 2012 dispute over the structure of the council’s at-large seats led to a prolonged walkout by several council members that prevented a quorum from convening. Each council member took a slightly different approach to the issue:

With that, the council voted 4-3 in favor of the name change, and the packed audience erupted in cheers.

To read more from Thursday’s meeting, see below for our live coverage.