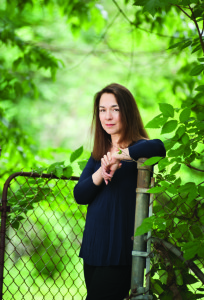 Novelist Lorrie Moore, author of “A Gate at the Stairs” and a finalist for the Story Prize, will give a public reading from her work this week as this year’s Zale-Kimmerling Writer in Residence at Tulane University.

The event will happen on March 2 at 7 p.m. in the Kendall-Cram Auditorium in Tulane’s Lavin Bernick Center.

She will read some of her work and then Tulane assistant professor Zachary Lazar will lead a conversation with her. After the program, there will be a book signing and a reception.

She has also received the Irish Times International Prize for Literature, a Lannan Foundation fellowship, the PEN/Malamud Award and the Rea award. She serves as a creative writing professor at Vanderbilt University.

“Coordinated through the Newcomb College Institute, and facilitated by a committee composed of Newcomb-Tulane College students, faculty, and NCI staff, the Zale Writer-in-Residence program was established by Dana Zale Gerard, NC ’85, and made possible by an annual gift from the M.B. and Edna Zale Foundation of Dallas, Texas,” according to a release from Tulane University. “Since 2006, the program has been generously supported by Barnes & Noble College Booksellers. In 2010, the program became fully endowed through a gift from Martha McCarty Kimmerling, NC ’63, and known as the Zale-Kimmerling Writer-in-Residence program.”