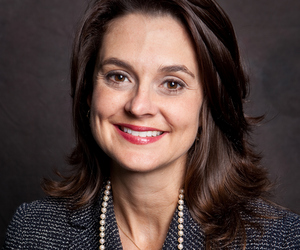 As the debate over Airbnb and short-term rentals continues in New Orleans, City Council President Stacy Head is airing the idea of legalizing them in owner-occupied homes and taxing them to the tune of half a million dollars or more.

Airbnb alone lists more than 1,000 properties across New Orleans that are renting out individual rooms for travelers, and Head says her research suggests more than 2,000 such rentals are actually on the market in the city. Under current law, however, it is illegal for private-home residents to rent out their properties for a term of less than a month at a time.

Opponents of the practice say that, at its worst, it hollows out neighborhoods, displacing long-time tenants because landlords can earn more by renting to vacationers on the weekends and driving up rents for the same reason. Proponents suggest that short-term rentals actually benefit residents by giving more people the opportunity to benefit from the tourist economy in a way that supplements their usual income.

Both sides acknowledge that some short-term renters can be bad actors, unruly and disturbing to neighbors, though the sides disagree on how frequently that happens. Some neighborhoods have suggested that legalizing some short-term rentals would actually give them a legal avenue to address those excesses, rather than the current situation where the entire problem is ignored and unenforced.

(To learn more about the debate, see our live video coverage of a panel discussion at Tulane Hillel last week.)

In a letter to neighborhood leaders, Head proposes legalizing, regulating and taxing the practice as a compromise measure to address all those concerns. By restricting the licenses to residents where they have a homestead exemption, the actual residents who are most likely to be good neighbors will no longer be outlawed, and the tax revenue they raise can be used to crack down on the unlicensed operators.

To read Head’s proposal in full, see her letter below:

The primary complaints (of course, there have been others, but these have been the consistent complaints levied) that I have received about these rentals are: 1) they unfairly compete with the regulated inn/B&B/hotel industry; 2) there is little mechanism for government to reduce nuisances that occur with STRs (e.g. crowds or loud parties); and 3) the city is not recovering needed revenues for this commercial or quasi-commercial enterprise.  The primary support for STRs has been: 1) they allow property owners to earn needed income to cover mortgages, pay taxes, etc.; 2) they provide financial incentive for historic rehabilitation where it might not otherwise exist; 3) property owners should be allowed to use their property as desired as long as it does not negatively impact neighbors; and 4) fees for STRs will generate needed revenue for the city (largely to defray enforcement costs).

What are our options and how would each work?

OPTION ONE: COMPLETE PROHIBIITION WITH ENFORCEMENT.  STRs are currently illegal in New Orleans.  Why do I believe this will not work?  First, despite their being illegal, they exists in the thousands (over 2000 advertised right now).  The administration does not have the ability to aggressively enforce a prohibition.  While this might theoretically be an option, the reality is that effective elimination of STRs will take several more code enforcement employees and prosecuting attorneys (a new cost of at least $300K/year).  In addition, it is likely that proponents of STRs such as Air B&B will file suit against New Orleans and the city would have to respond to this litigation at additional cost.

OPTION TWO: THE STATUS QUO: PROHIBITION ON THE BOOKS WITH LITTLE/NO ENFORCEMENT.  This option allows all the negatives and none of the positives.  The only neighborhoods that could potentially support this option would be those few neighborhoods with significant resources to muscle the administration for strategic/selective enforcement of the rules or even to file suit against the STR operators.

I am providing you with this information because neighborhood associations need to be prepared to take positions if desired.  Please know that a few people have been very vocal about their positions on STRs – both for and against.  The most vocal opponents of any regulation have offered no alternative other than the city expending money that it doesn’t have to enforce a blanket prohibition.  I hope that this discussion can be more inclusive.

Head encourages residents to send their opinions to Jonathan Harris, her chief of staff, at jtharris@nola.gov.