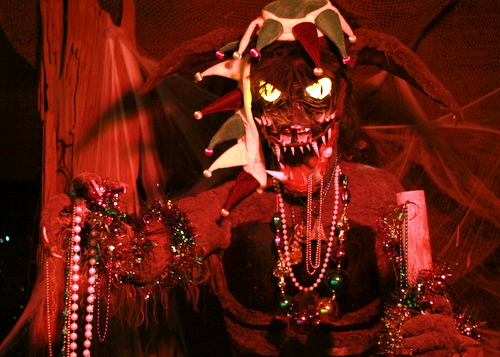 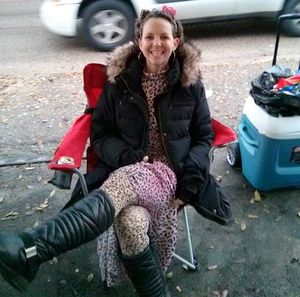 As Irish Channel Neighborhood Association leader Kara Morgan fought her battle with a deadly form of skin cancer, she counted her victories by the number of Mardi Gras parades she was able to attend.

Now, members of the association are carrying her legacy forward, marrying that love of parades with her quest to build shade structures in the neighborhood’s park by creating a new “Mystic Krewe of Loup Garou” that plans to roll through the Irish Channel starting in 2016.

Morgan was diagnosed with Stage IV melanoma in 2013, and she dedicated what would be the last year of her life to raising awareness about skin cancer from simple efforts like distributing sunscreen at outdoor events to major efforts like a statewide ban on minors in tanning beds. Her dying wish was to build large shade structures over the play areas in Burke Park (similar to that in Palmer Park) and the association quickly collected about $10,000 toward the project after her death last summer.

The structure, however, is estimated to cost $80,000 (primarily because of the expensive foundation work that has to be done underground), so the association has been looking for another way to raise money.

That need eventually dovetailed with another longstanding idea that Morgan and others had batted around: a distinctly Irish Channel parade during Mardi Gras season. Morgan herself was known as a parade diehard, and many other Irish Channel association members cross over into Mardi Gras krewes or other parading groups, such as the St. Patrick’s Day Parade or the Krewe of Chewbacchus.

Neighborhood Association president Jeremy Smith said they eventually decided on the “Mystic Krewe of Loup Garou,” looking for a regional mascot (and distinguishing it from the new Halloween-themed Rougarou Festival in Houma).

“We wanted something regional that didn’t already have a carnival/Mardi Gras presence,” Smith said. “We went with the French ‘Loup Garou’ and added mystic to really show we are a different group.”

The Krewe of Loup Garou plans to roll for the first time in Jan. 16, 2016, the Saturday before Krewe du Vieux. Organizers from Loup Garou say they will draw inspiration from Krewe du Vieux, especially in its early years, with hand drawn floats on wagons and shopping carts, and subkrewes of 15 to 20 members with their own internal themes. They are already having fund throwing out ideas, like “Things that go bump in the night,” Smith said.

“We’ll be typical Mardi Gras, feathered and sequined,” said one of the early members, Adele Hunt, at an organizational meeting Saturday at Tracey’s.

Smith said he expects a small enough parade that no major street closures will be needed, merely a rolling police escort.

After the overhead for the parade is paid, Smith says that all proceeds from the krewe’s dues will contribute to the shade fund. For more information about dues, see the association’s page about the project.

After the Burke Park project is complete, Smith said the krewe will continue to support other efforts to protect neighborhood children while they enjoy the outdoor recreation she fought for — such as shade at the pool at the Lyons Center. With its combination of parades and skin protection, the project is one that Morgan’s friends easily see her enjoying.

“She was a lover of everything Mardi Gras,” said Kristine Rizzuto, Morgan’s sister.