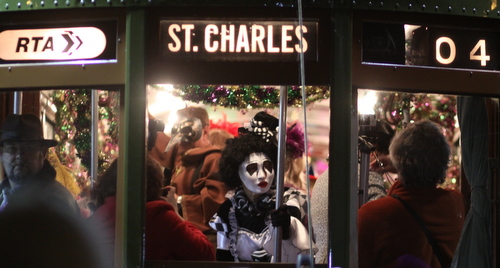 The Phunny Phorty Phellows prepare to leave from the streetcar barn on Willow on their Twelfth Night ride through Uptown New Orleans in January 2013. (Robert Morris, UptownMessenger.com)

With those other holidays already behind us, the St. Charles Avenue streetcar line will yet again host the kickoff of the Carnival season with the annual Twelfth Night ride of the Phunny Phorty Phellows.

The krewe will gather at the car barn on Willow Street in Carrollton at 6:30 p.m. Tuesday, Jan. 6, and their ride will begin promptly at 7 p.m., heading down to Lee Circle, over to Canal Street and back.

“The Phellows are an historic Mardi Gras organization that first took to the streets 1878 through 1898,” according to the krewe’s website. “They were known for their satirical parades and today’s krewe members’ costumes often reflect topical themes. The group was revived in 1981.” 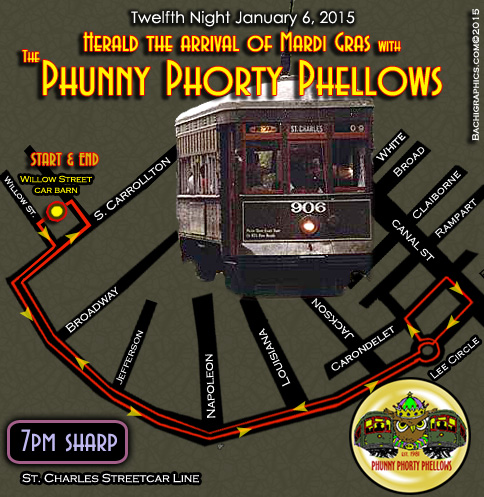