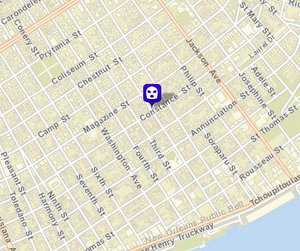 The victims — a man and a woman both around 60, and another woman in her 20s — were in the 1000 block of Second Street just before 10 p.m. Sunday, Dec. 28, when they were approached by four assailants, according to the initial NOPD report. The attackers demanded the victims’ belongings at gunpoint, then left, the report states.