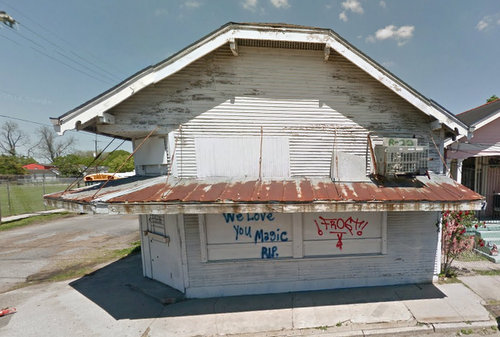 An April 2014 image of the building at 8837 Willow, slated for redevelopment into the Carrollton Commissary commercial kitchen. (via Google Maps)

A proposed commercial kitchen on Willow Street dubbed the “Carrollton Commissary” will return to the City Planning Commission this week, after city officials suggested two weeks ago that the business owners needed more time to discuss the project with neighbors who vocally opposed it.

Business owner Rebecca Schultz plans to renovate part of the building at 8837 Willow into a commercial kitchen that can be leased to caterers, food trucks, or other organizations that need more cooking space to prepare for events, she has said. She has said the Carrollton Commissary will have relatively little impact on its neighbors, because its small size will prevent too many people from using it at once.

While some neighbors wrote or appeared in support of it, another group of them spoke against the project when Schultz presented it to the City Planning Commission in late October. They worried that the project will draw more traffic and pests or evolve into a more intense commercial use down the line, and said they would feel more comfortable if Schultz would sign a good-neighbor agreement about her use of the property.

City Planning Commissioners praised the project on its merits, and tried to assure the residents that it will most likely improve the security at the corner without being much of a burden. But they also noted what appeared to be a communication breakdown between Schultz and the neighbors, and asked her to make use of an offer by the nearby Prayer Tower Church to facilitate another community meeting.

Schultz will return to the City Planning Commission in a meeting scheduled for 1:30 p.m. Tuesday, Nov. 11. It will be held in the eighth floor conference room at City Hall, 1300 Perdido Street.

(Also on the agenda is an update on a project to redevelop a historic police jail into a bed-and-breakfast — see Mid-City Messenger for more details.)