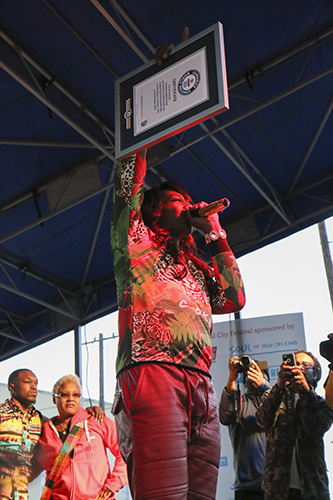 On Saturday evening, Big Freedia, a New Orleans native and a nationally-renowned bounce artist, helped to set a world record. At the end of the Central City festival on Oretha Castle Haley boulevard, Freedia helped to set the record for most people twerking at once.

To set the record, all participants had to be twerking in the most basic form for two whole minutes. The initial record had been 358, set by Freedia. On Saturday, she was able to get over 400 people to twerk simultaneously for two minutes. 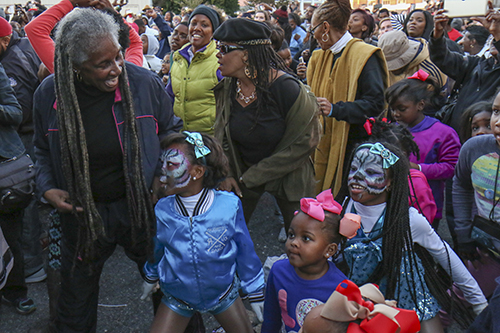 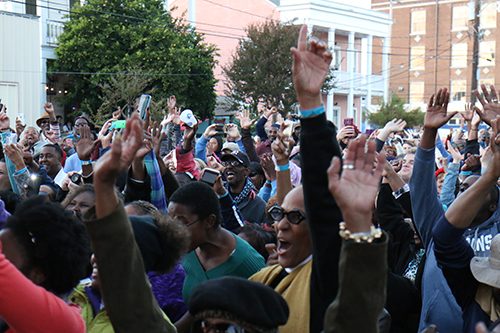 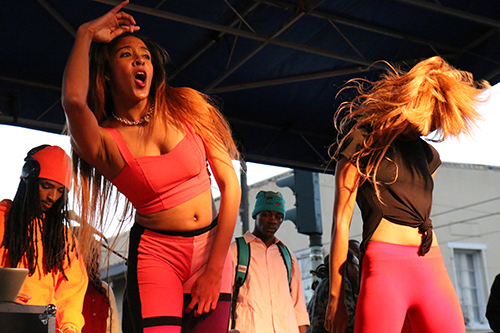 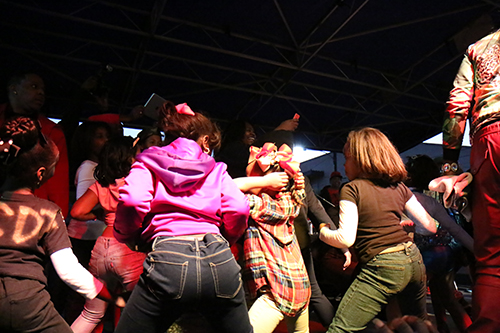 Freedia brought up the younger members of the audience to dance on stage before the show concluded. 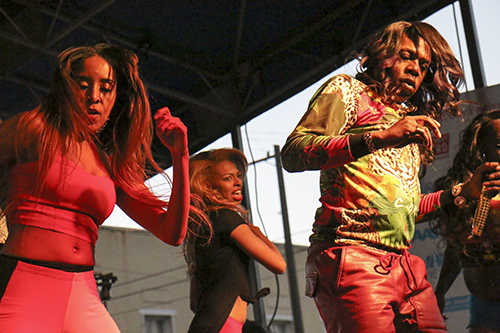 Big Freedia’s and her dancers put on a show on Saturday after setting the record. (Zach Brien, UptownMessenger.com)