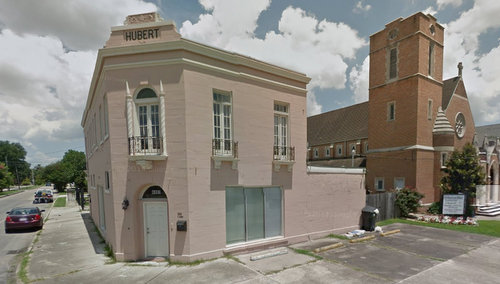 Separate proposals for a Mexican restaurant in Broadmoor and a commercial kitchen for catering operations in Carrollton found themselves facing frustrated neighbors and hesitant officials during a City Planning meeting on Tuesday afternoon.

Lindsey McLellan, a chef at Lola’s in Mid-City, knew ahead of time her plan to open El Pavo Real at 4401 South Broad might have an uphill battle. After the former Hubert drug store and Time Saver closed and lost its commercial zoning in the early 1990s, the city has rejected four previous attempts by property owner Allen Borne to redevelop the building into various offices or businesses.

“I’d like to see this building be a catalyst for renovations up the street,” Borne told the City Planning Commission on Tuesday, citing the growth throughout the South Broad corridor and down into Freret.

Neighbor and longtime Broadmoor resident Elizabeth Rareshide has been among the neighbors fighting the reopening of the business, based on concerns that the landlord could use it for something less savory, like a check-cashing establishment, making customers a target for criminals. But many of the project’s former opponents have moved away or died, Rareshide acknowledged.

“I think the landlord just wore us down,” Rareshide said.

She and at least one other neighbor have hired attorneys to help negotiate a good-neighbor agreement with Borne, restricting the use of the building. If the city does accede to the wishes of newer residents who want the restaurant, Rareshide asked that officials insist on a strong agreement with neighbors.

Borne said he is working on that agreement, and some commissioners said they would prefer to see it signed before voting. Others, however, said that such an agreement is between the neighborhood and the business and not enforceable by the city anyway, so they would prefer not to wait for it. Ultimately, the vote split, and Commissioner Kelly Brown said the proposal will go to the City Council for a final decision without any recommendation from the City Planning Commission.

Commissioner Kyle Wedberg urged Borne to have that agreement completed by the time the proposal reaches City Council, where former Broadmoor Improvement Association leader LaToya Cantrell now has a seat.

“Councilwoman Cantrell will be looking for it,” Wedberg said.

Later in the meeting, similar controversy awaited a proposal to turn an former corner grocery at Willow and General Ogden into the Carrollton Commissary, where food trucks and caterers can rent out kitchen space to prepare food for large events. Owner Rebecca Schultz said that through a number of neighborhood meetings, she knows there is some opposition to the project, but that she believes the proposal will add lighting and more eyes to the street without much negative effect on neighbors.

“We envision this as a low-impact project,” Schultz said. “We can’t really have that many people in the building, because there isn’t really space to allow for it.”

Jerry Speir of the Carrollton Riverbend Neighborhood Association agreed, saying he thinks the applicants can address the concerns raised by the neighbors.

“I believe this is an improvement over the long-vacant blighted building we have presently,” Speir said.

A group of other neighbors, however, were unconvinced. They said Schultz has done a poor job of explaining the project to the community, and they are concerned the food production will add to a rodent problem nearby. Most importantly, they are concerned about what the business could become after the commercial zoning is approved, they said.

“We’re looking at the big picture. We do not want to open our neighborhood for other businesses,” said Rosalyn Cunningham.

The Rev. Jermaine Hampton, who has moderated meetings about the issue at his church nearby, acknowledged that the neighborhood is split on the issue, but a majority of those who have attended his meetings are opposed to it. He suggested that Schultz and her partners should do more to explain how the business will benefit the neighborhood directly, rather than just burden residents with its operations.

“I would prefer it be another kind of business, where you can employ people from the community,” Hampton said.

The planning commissioners seemed to hear both sides’ arguments. They praised the business plan, and Commissioner Alexandra Mora said she doubts neighbors will be troubled by its impact — she lives near a similar business and didn’t even realize it until someone pointed it out, she said.

But they also said that the neighborhood opposition seems to run fairly deep, and urged Schultz to use Hampton’s church as a vehicle for another meeting, improving her communication with neighbors. Commissioner Kelly Brown asked neighbors what they saw as a good outcome, and they said they would like a good-neighbor agreement similar to that suggested earlier in the day for the Broadmoor restaurant.

“I think you’ve done a bad job of selling a really great project to this community,” Commissioner Nolan Marshall III to Schultz.

The commission voted unanimously to postpone its decision until the Nov. 11 meeting.

The Commission also heard a number of other projects, including the complicated issues surrounding a proposal to turn a historic police station into a bed and breakfast at the edge of Treme near Mid-City.