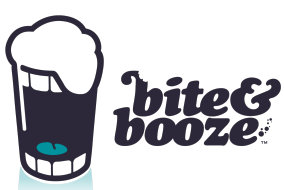 All nine of New Orleans’ craft breweries will be coming together at The Irish House for Louisiana Craft Brewers Week this Wednesday (Sept. 24) to offer guests tastes of their new beers.

See the full press release below for more information:

New Orleans, LA — Bite and Booze, the blog, radio show, and culinary media conglomerate based in Baton Rouge and run by Jay Ducote, and The Irish House by Chef Matt Murphy, have teamed up to organize a Louisiana Brewers Bash. While Louisiana Craft Brewers Week is slated for September 22-27, 2014, all nine craft breweries distributed in New Orleans will be mingling with guests at The Irish House on St. Charles Avenue the night of September 24th from 6-9pm. Each brewery will have a representative there to talk about the brewery, their beers, and all things craft beer in Louisiana.

“Being under one roof with all nine south Louisiana breweries is sure to bring a unique experience to beer lovers in the Big Easy,” said Ducote. Attendees will be able to taste a total of 18 beers at the event. A flagship, seasonal, or new release will be poured from each brewery as well as an exclusive brew made specifically for Louisiana Craft Brewers Week, some of which can only be tasted at this particular event. Organizers have encouraged the brewers to get creative and from the looks of the beer list, the evening will be full of impressive beers.

This event has been created with local beer enthusiasts in mind. Not only will there be bountiful and boastful brews, but Chef Matt Murphy will prepare some of his best beer-inspired Irish pub classics for attendees to munch on while they make their way through the top and bottom floors of The Irish House. It is sure to be the must-attend event Louisiana Craft Brewers Week! Tickets are $45 and include 18 3oz. pours (one of each beer), a souvenir tasting glass, food, and some extra goodies. Tickets are limited and can be purchased through Eventbrite at http://brewersbash.eventbrite.com.

The event is located on 1432 St Charles Avenue.