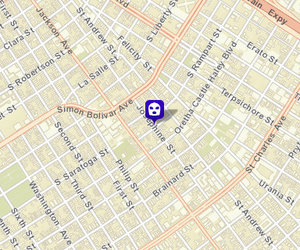 A young man who went to Danneel Street on Monday night expecting a date with a woman he met online instead met a group of 10 men who carjacked him, New Orleans police said.

The 18-year-old victim parked in the 2100 block of Danneel (about a block off Jackson Avenue) around 9:30 p.m. Monday (July 28), expecting to pick up a woman he had met on a social-media website, according to the initial NOPD report. Instead, 10 men arrived, four of whom were armed, and they forced him out of his vehicle, the report states.

Further details were not immediately available. Anyone with information is urged to call the NOPD Sixth District at 658-6060 to speak to a detective, or CrimeStoppers at 822-1111 to leave an anonymous tip that could be eligible for a cash reward.