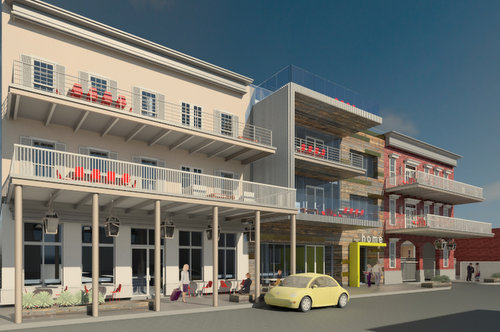 A rendering of the Oak Lofts complex included in the demolition application. (via nola.gov)

A request to demolish the landscaping business at 8616 Oak Street was approved by a city panel last week, clearing the way for the proposed Oak Lofts condominium development to begin construction.

The four-story Oak Lofts — which will include three upper floors of apartments, with a health club and parking on the ground floor — will replace the Amann & Associates building currently on the property, midway between Leonidas and Joliet streets.

Because of its location in a historic neighborhood, the request to remove the landscaping office requires the approval of the Neighborhood Conservation District Committee. Architect Charles Neyrey told the panel last week that the small office building to be demolished is around 20 years old.

Committee members, however, were more concerned with the height of the new structure, questioning how it would fit into the streetscape on Oak. The developers of Oak Lofts have already scaled back the mass of the proposed structure following numerous conversations with neighbors, recessing the fourth floor from the street so it will not be as visible from the street.

“We started the process many months ago,” Neyrey said. “We’ve had several meetings with all the neighbors, all the neighborhood associations, and they’ve all signed off on the project.”

The height of the new building and other features of it have already received approval from the City Planning Commission, Neyrey noted. The NCDC then passed the demolition request by a vote of 8-0. 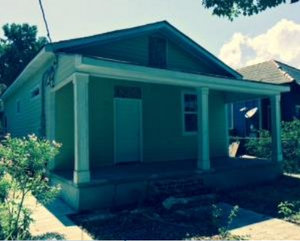 A request to tear down this home at 1012 Valance was approved. (image via city of New Orleans)

The NCDC heard a number of other demolition requests — many of which, including Oak Lofts, were delayed from a meeting earlier this month — around Uptown neighborhoods last week as well: