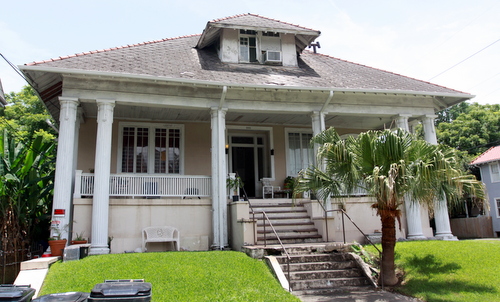 New Orleans officials levied approximately $30,000 in fines against an Uptown landlord Tuesday for code violations at 18 rental properties on some of the city’s most prominent streets, in what attorneys characterized as a shift toward stronger enforcement against occupied — rather than vacant — buildings.

A total of 21 large houses and apartment buildings owned by Howard and Laura Russell on St. Charles Avenue, Napoleon, South Carrollton, Baronne and other major thoroughfares and the side streets near them were the subject of three hours of code-enforcement hearings Tuesday. Each property was evaluated individually, and the complaints brought by the city included foundation problems, vegetation growing out of the structures, trash on the property, exposed wall studs, deteriorated weatherboards, leaking gutters and peeling paint.

Jim Uschold, an attorney for the property owners, sought to have the entire hearing postponed for six months so work could begin at all the properties. After Hurricane Katrina, Uschold argued, the city intentionally chose to focus its code-enforcement efforts on vacant properties, rather than those that owners were trying to bring back. Last September, however, the City Council passed updated regulations and broadened code-enforcement efforts to include occupied properties as well — and the Russells should have more time to get in compliance with the new paradigm, he said.

“As a practical matter, it’s a new law,” Uschold said. “Things that weren’t subject to code enforcement now are.”

Code-enforcement officer Jeremy Stevens, however, countered that the inspections and penalties were justified because no work has begun at most of the properties in the time since the law passed.

“Code enforcement always did have the authority to inspect and bring to trial occupied properties,” Stevens said.

Over the course of the afternoon, hearing officer Patricia Bonneau levied fines in 18 of the 21 properties ranging from $600 to $3,000 depending on the extent of the alleged violations. At the lower end of the scale were properties like 1617 Foucher, where the city only cited the paint job and the lack of a street number. Higher fines were levied against properties such as 2005 Milan Street, where city officials cited leaking gutters, deteriorated stairways, a roof in disrepair and other issues.

Neighbors complain
The hearings on each property quickly settled into a pattern. Stevens listed problems the inspectors found on their initial inspect in May and confirmed upon their second visits in June, then Uschold asked for a six-month continuance on the matter. Bonneau denied Uschold’s request, then accepted the fines proposed by the city, occasionally reducing them slightly if she felt the inspector’s photos failed to illustrate a particular problem.

The most critical comments came not from the city officials, but from about 20 neighbors and other city officials who crammed into the tiny hearing office to observe the proceedings. Representatives from Mayor Mitch Landrieu’s and City Council President Stacy Head’s offices attended, and Bryon Cornelison of Councilwoman LaToya Cantrell’s office testified about the complaints he has fielded about several of the properties.

Ramsey Green, representing the Faubourg Avart Neighborhood Association and Friends of Wisner Park, complained about a property at 5224 Perrier Street and described a building that seems so unsafe he and his pregnant wife avoid walking past it on the sidewalk.

“Our membership — the people who volunteer, the people who brought back Wisner Park — are frankly repulsed by the way these buildings are managed,” Green said.

St. George’s Episcopal Church on St. Charles Avenue sent a warden with a letter complaining about trash and parking problems related to an apartment house at 4620 St. Charles Avenue. After the church had a car towed that was blocking its driveway, a pentagram was painted on the sidewalk outside the church in an apparent act of retaliation, the letter stated.

Uschold objected to the letter’s inclusion in the record, saying that there was no provable connection between the apartment house and the vandalism.

“I’m sorry if someone painted a pentagram on your church property. I find that personally offensive,” Uschold said. “However, there is no evidence that my clients did it or their tenants did it.”

The hearing officer, however, said that comments and perceptions from neighbors were an important part of the code-enforcement process, and accepted the church’s letter.

When 1120 South Carrollton Avenue came up for a hearing, resident Carmel Gutierrez said she was frustrated to hear Uschold repeatedly ask for more time, when the same conditions have persisted at the properties for so long. The condition of properties owned by the Russells were the subject of an investigative report by WWL-TV in 2010.

“They’ve done nothing to correct any of these properties,” Gutierrez said.

Uschold said that it would be inappropriate for Tuesday’s proceeding to include comments about the general condition of the properties in the past, because of the recent shift in city policy.

“Whatever you want to say about the property owner’s general responsibility as a civil person and neighbor to maintain their properties, the law said there would not be any enforcement activity against occupied properties,” Uschold said.

Laura Suttlemyer of the city’s attorney’s office, however, disagreed with Uschold’s interpretation of the policy change.

“The responsibility of a property owner to maintain their property has always been the law,” Suttlemyer said.

Work begins
In about 15 of the properties, Bonneau also agreed to “daily fines” of $100 to $500 per day that can be levied if the problems go unaddressed. If the properties have not come into compliance within a month, officials explained, a fine will be levied each day for 30 days. The total number of daily fines levied by Bonneau on Tuesday multiplied by 30 days would easily exceed $100,000 in additional fines, Uschold noted, but they can also be waived subsequently if the work is completed at a later date.

Hearings on two properties — 4316 Baronne Street and 1915 Napoleon — were postponed until July for technical reasons related to the photographs in the inspectors’ reports. Inspectors also detailed nine alleged violations at 1907 Napoleon Avenue, but Mimi Medina — leasing agent for the Russells and a resident of that property — described renovations that have begun over the last month.

“Everything under the house is being cleaned out,” Medina said, describing the ongoing work. “Our fight right now has been the weather.”

The work on that property brought praise from Bonneau, who noted that the primary purpose of the hearings is to bring properties into compliance. She gave the Napoleon Avenue property another month to make additional progress before she will render judgment.

When asked whether other properties on Tuesday’s list will see work soon, Uschold declined to describe the Russell’s plans for their holdings. Generally, however, he said that painting and other tasks for nearly two dozen properties would likely cost hundreds of thousands of dollars and take more than just a month or two.

“I think the objective is to do the work,” Uschold said.

The fines levied by Bonneau on Tuesday can be appealed to Civil District Court, and Uschold said his clients would likely pursue that course given the amount of fines involved. 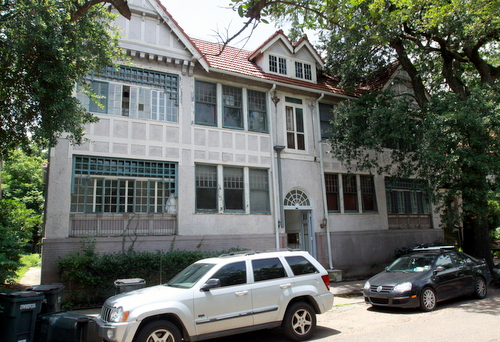 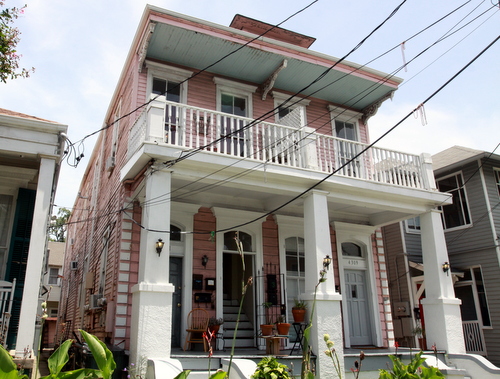 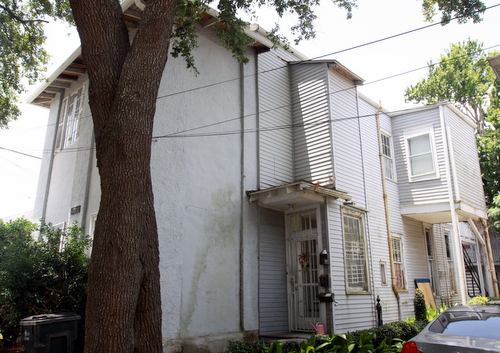 19 thoughts on “Uptown landlord fined $30,000 for conditions at 18 rental properties”