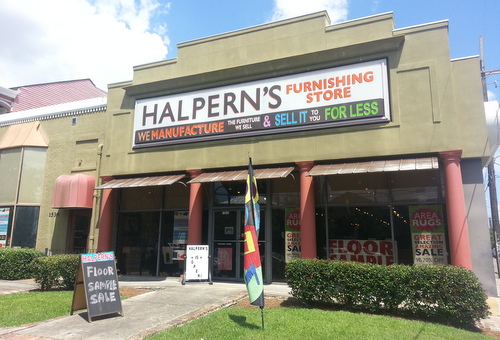 A veteran of prominent local kitchens is proposing a new restaurant based on a distillery producing vodka and other spirits from Louisiana cane sugar to be located on the current site of the Halpern’s furniture store on St. Charles Avenue, he told neighbors earlier this week.

Lula restaurant, named after a sugar mill in Assumption Parish, will use custom-built copper stills from Germany to craft gin, vodka and rum, primarily to be paired with meals from Lula’s kitchen, proprietor Jess Bourgeois told the Coliseum Square Association on Monday evening. Bourgeois, a native of Donaldsonville, worked at Commander’s Palace before Hurricane Katrina and has spent the last nine years working for the Superior family of restaurants, most recently in Birmingham.

“It was time for us to move back home and pursue something we have been looking to do for a really long time,” Bourgeois said.

Lula restaurant will serve Southern cuisine with local seafood, meat and produce, and has space for about 35 tables — allowing a total capacity of around 175 diners when bar seating is included, Bourgeois said. Entrees will be moderately priced, somewhere in the mid-teens, and the setting will be casual and inviting for families, Bourgeois said.

“We just want it to be really casual, really welcoming, even kid-friendly,” Bourgeois said. “I know we have a distillery attached, but I think that could be an informative situation as well.”

The distillery projects to produce 2,000 cases of spirits a year (1,000 cases of vodka and 500 each of gin and rum), but no more than 50 cases will be delivered in a single week, Bourgeois said.

“I don’t anticipate there ever being an occasion where I can’t take my shipment for distribution in the back of my pickup truck — maybe one pallet a week, or something along those lines,” Bourgeois said. “It’s not a distillery plant or anything like that.”

Bourgeois said he is still in negotiations with the Halpern family for the lease, and wouldn’t expect construction to begin until late this year, with an opening sometime in 2015. He is already consulting with architect Wayne Troyer — who has worked with the Halperns on projects regarding their other properties — and they do not expect major changes to the exterior of the building.

“The benefit of this building is really the interior, the exposed truss, and how that works within the aesthetics of a distillery — plus the location on St. Charles Avenue,” Troyer said.

“It’s a beautiful building,” Bourgeois said. “You’ll be able to walk in the front doors and see the copper still.”

Members of the Coliseum Square Association asked several questions about the project — such as whether it will have parking (it does) and whether it will need a zoning change (it might). They were also welcoming the new Courtyard Brewery and other new businesses the same night, and they thanked Bourgeois for beginning his discussion of his plans with them so early. 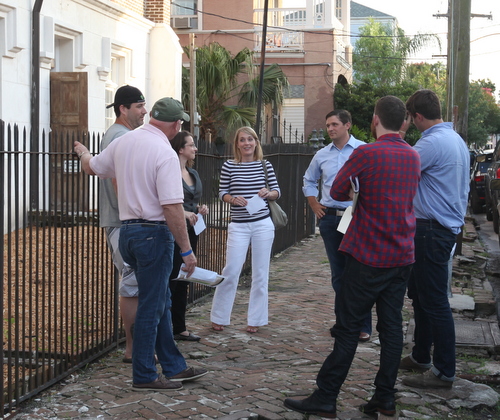 One thought on “Distillery/restaurant proposed for Halpern’s location on St. Charles Avenue”