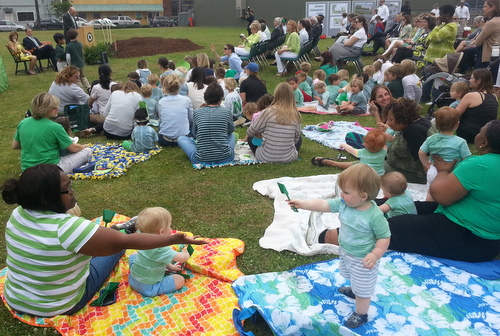 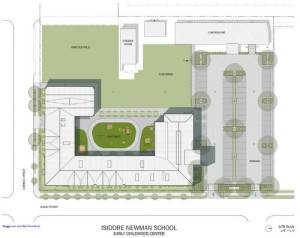 The facility will sit at the corner of Soniat and Danneel streets. (Site plan by Waggoner and Ball via Isidore Newman School)

As the youngest Greenies played with tiny shovels in a VIP section made of blankets spread on the grass, leaders of the Isidore Newman School broke ground Friday afternoon on the new GreenTrees Early Childhood Village — a project officials call crucial to the school’s future with a name in homage to its past.

The center at the corner of Danneel and Soniat streets will have room for 150 students, more than doubling the current capacity of 60 when it opens in August 2015, officials said.

“The early childhood village is designed from the ground up to serve the needs of children from the ages of six weeks to four years,” said Merritt Lane III, chair of the Newman board of governors, at Friday’s ceremony.

“We have been intentional in our use of the word ‘village,’ because the new learning environment will feel very much like a home, with the warmth and caring of family,” said head of school Dale Smith.

The school’s “Greenie House” early-childhood center was developed 33 years ago, but conversations about expanding it have been going on for at least a decade as the importance of early-childhood education became more widely accepted, officials said. During that planning process, the name “Green Trees” was a constant point of discussion — it is drawn from a small grove on campus (now the site of the school’s Cotonio Palaestra gym) that the writer Walter Isaacson described as an “enchanted forest” where the privilege of playing was part of a Newman student’s coming of age.

“Green Trees was once a special place on campus,” said Ann Thompson, vice chair of the Newman board. “My husband has often described the time he spent playing in Green Trees.”

Though its name is drawn from the past, Lane said, the need for the center is indicative of a bright future for both the Isidore Newman School as well as the city of New Orleans as a whole. 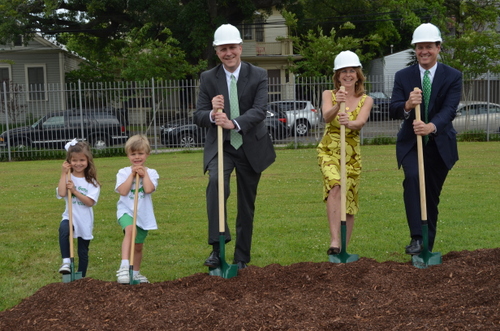 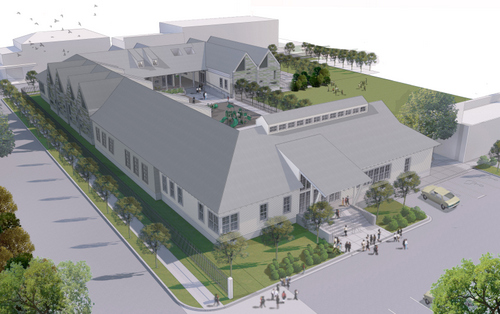 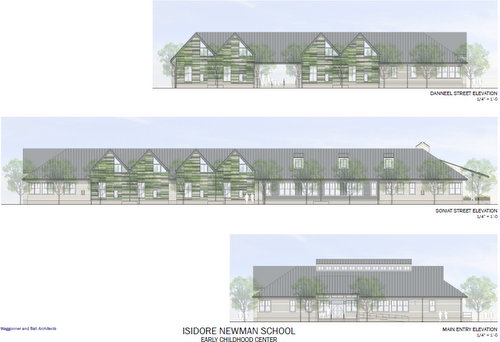 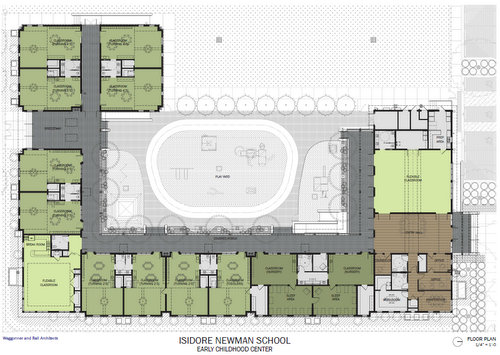 Floor plan by Waggoner and Ball. (via Isidore Newman School) 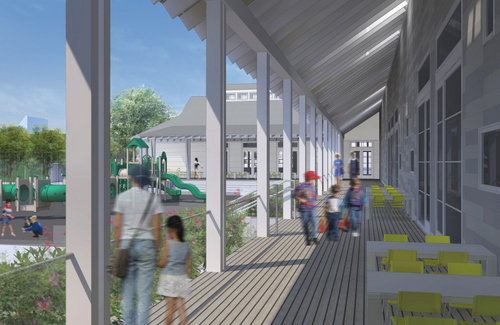