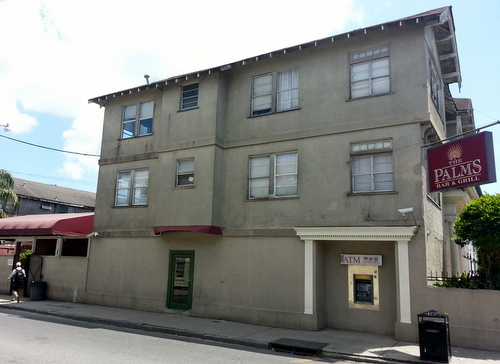 New Orleans city attorneys are seeking sanctions against the liquor license for The Palms bar in the university area — where an off-duty bartender is accused of raping a woman in April — alleging that the bar does too little to protect its patrons.

A woman was raped by two men inside the club at Freret and Broadway streets around 2:30 a.m. March 19, according to police reports at the time.

On March 28, Loyola senior Jonathan Cepelak, who was a bartender at The Palms Bar and Grill, was charged with aggravated rape following the victim’s identification of him as the man who took her into a storeroom, invited another man in and forced her to have sex with them both, according to The Loyola Maroon student newspaper. Cepelak’s attorney called the charges called “baseless,” the newspaper reports, and Cepelak’s next court date is set for Friday.

The city is now charging The Palms with permitting improper conduct and maintaining a public nuisance, according to a complaint that directly references the March 19 sexual-assault report. The complaint claims that the bar failed to provide adequate security measures and lacked adequate security personnel to protect its customers.

The complaint recommends a range of penalties against the bar, ranging from suspending its alcohol license to fines to a stricter operating agreement that would govern the bar’s hours and security personnel.

The item was slated to be heard by the city Alcohol Beverage Control Board on Tuesday, but city attorney Dan MacNamara told the board that he had received word this week that attorney Justin Schmidt would be representing The Palms, and that Schmidt hadn’t been given the proper time to prepare a defense.

Reached by phone Tuesday, Schmidt said he could not comment on the allegations because he has yet to receive a copy of the city’s complaint.

The case is now deferred to the board’s June 17 meeting.