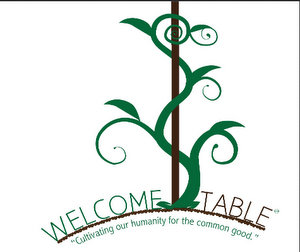 The “Welcome Table,” a new effort led by the Mayor Mitch Landrieu’s office, intends to bring people together across racial lines and empower them with grant money to build their own projects to improve Central City and three other New Orleans communities.

“We’re going to get some things done,” said Deputy Mayor Judy Reese Morse said at New Hope Baptist Church in Central City. “The grant will provide seed money to groups who are interested in actually working together to achieve something positive in our city.”

When officials introduced the program Monday night, however, they were met with both skepticism that any real results will be accomplished and promises from participants that they will press forward despite their misgivings.

Landrieu’s interest in the “Welcome Table” concept — created by the William Winter Institute at the University of Mississippi — dates back to his time as Lieutenant Governor, when he visited the institute with the hope of creating a statewide version of the program in Louisiana, Morse explained. But when Hurricane Katrina hit, his office shifted focus to recovery, and the project fell by the wayside until a grant from the Kellogg Foundation made it possible to bring it to New Orleans, Morse said.

The three-year project will convene people from all over the city in four parts of town — Central City, St. Roch, Little Woods and Algiers — and participants will be divided into subgroups that are intended to be diverse in terms of race, gender, age and income levels, Morse said. Those groups will then go through an extended period of getting to know one another, engaging in discussions about race with a facilitator from the Winter Institute to keep the tenor of the conversation respectful, Morse said.

“We understand very very well that it is absolutely essential that people get to know each other before they move to start to work together,” Morse said. “This is not a space where people get to come in and scream and point fingers and disrespect anyone.”

After that first phase, each group will be sent on a two-day retreat outside the city to continue those discussions and deepen them, Morse said. Following that retreat, the program will shift to a third phase — each group will select a project that participants think will bring about the most meaningful change in the city, and they will be awarded a seed grant to bring that project to fruition. Morse did not specify the amount of grant money to be awarded, and said the number of groups depends on the number of willing participants around each community.

Susan Glisson, director of the Winter Institute, said the discussion project had real results in Mississippi, successfully calling for unsolved civil-rights murders to be reopened and redirecting public spending on projects like community centers in more effective directions. In each instance, Glisson said, the results stemmed from residents working together.

After that short explanation of the program by Morse and Glisson, Monday’s meeting turned to questions, and many of those who spoke were unconvinced that it will work. Keith Hudson, who has advocated unsuccessfully for a community center in Central City, criticized the idea of bringing people in from out of state to make white people feel comfortable talking about their own racism.

“You don’t have to go to Mississippi, Chicago or Milwaukee for all this,” Hudson said. “As long as you continue to go outside this community, nothing is going to change.”

Morse replied that while the facilitators will initially come from the William Winter Institute at the University of Mississippi, they will train New Orleanians to take over their role as part of the process.

Others questioned how the officials can be sure that the city’s “movers and shakers” will participate, and Morse agreed that it is part of the city’s responsibility to ensure the project is open to everyone. Carrollton-area activist Tilman Hardy noted the similarity between the current effort and one led by Councilwoman Cynthia Hedge-Morrell several years ago, but said he plans to continue attending anyway.

Barbara MacPhee, the retired founding leader of the New Orleans Charter Math and Science High School, also said she understood the frustrations being voiced, but plans to continue participating.

“This can be done, but it can’t be done if we’re so hopeless about everything,” MacPhee said.