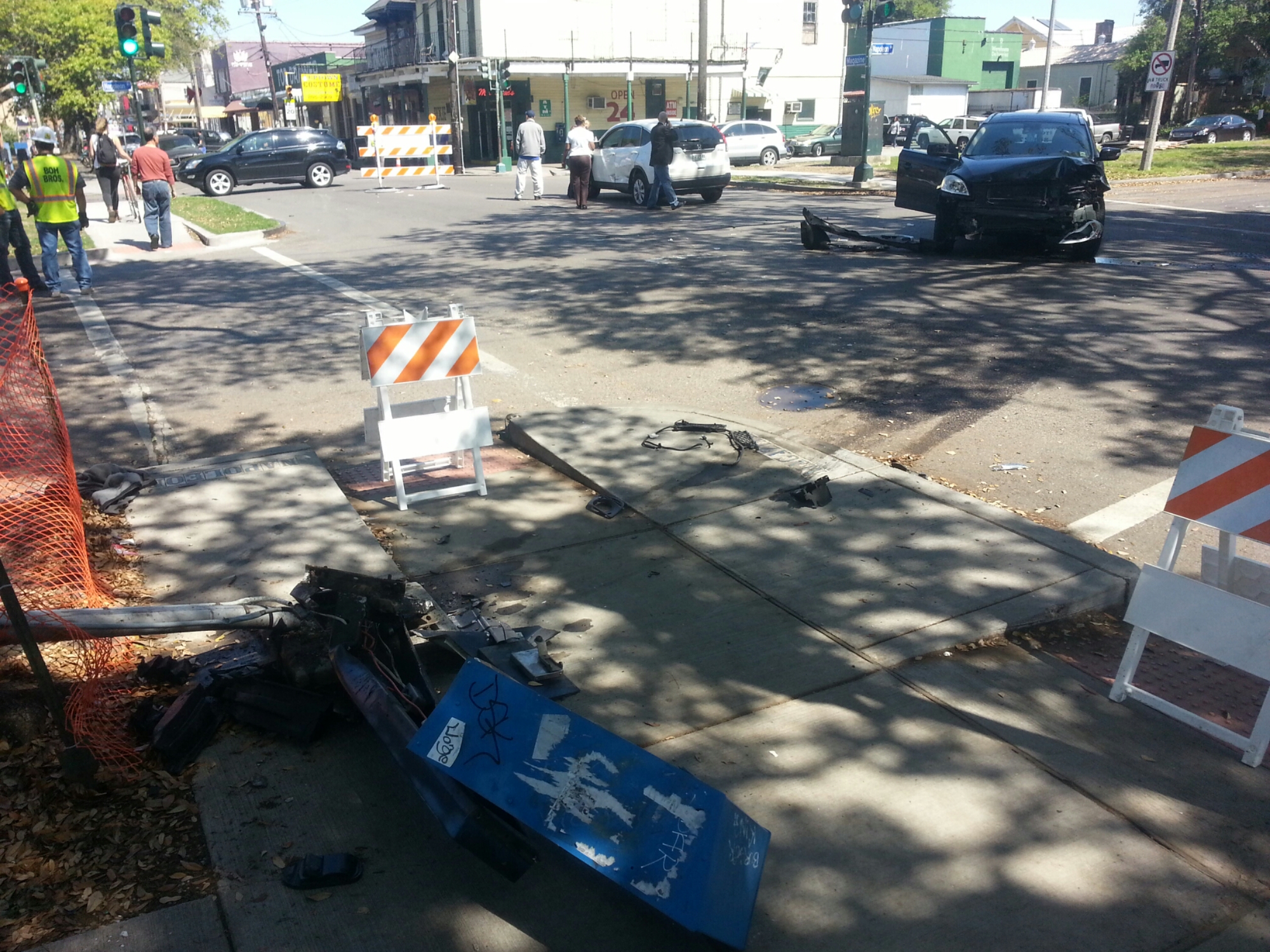 Two SUVs are among the vehicles damaged in a crash that has the intersection of Magazine and Napoleon closed Thursday afternoon. (Robert Morris, UptownMessenger.com)

Most of the busy intersection of Magazine and Napoleon closed for several hours Thursday after a multiple-vehicle traffic crash.

Traffic was blocked in both directions on Magazine Street and in the river-bound direction on the Napoleon Avenue following the 2 p.m. crash. The only open lane of traffic was the lake-bound lane of Napoleon.

Two damaged SUVs were parked in the intersection and several other damaged vehicles were nearby. Witnesses say one woman was taken to the hospital.

The intersection reopened around 4 p.m.