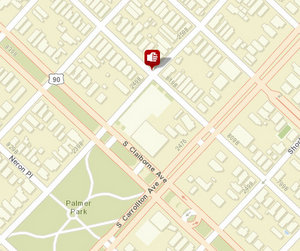 The 19-year-old victim was in the 8200 block of Nelson Street shortly before 11:30 p.m. Sunday when she was approached by two men who demanded her property, according to the initial police report. She screamed, and one of the men shot her, the report states. She was later listed in stable condition at a local hospital, the report states.

Further details were not immediately available. Anyone with information is urged to call Second District detectives at 658-6020 or CrimeStoppers at 822-1111 to leave an anonymous tip that could be eligible for a cash reward.