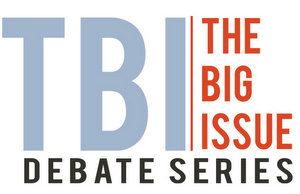 Has post-Katrina rebuilding really created a new city out of New Orleans, or is the “boom” more of an artificial economic bubble that is bound to burst? This question will drive the next installment of Tulane Hillel’s occasional series of “The Big Issue” discussions, set for Thursday evening with the title “New Orleans 2.0: Fact or Fiction?”

For details, see the news release below:

Tulane Hillel Hosts Fifth Installment of “The Big Issue” Debate, A New Series Designed to Give All Sides an Equal Voice

Since 2005, New Orleans has come to represent a true 21st Century example of how an American city can face extreme challenge, survive and then emerge leaner, stronger and better. Or … has it?

In this next session of The Big Issue, we tackle this question head on. Is New Orleans a truly transformed city, represented by real, positive change? Is it a template of success and regeneration for the rest of the country? Or … is it experiencing post-crisis boom and bust?

We ask this question with a real sense of purpose: If New Orleans has truly transformed, what are the lessons? Can the city act as a model of excellence and reach out to other American and global cities that have faced crisis? In a rapidly changing and increasingly interconnected world, New Orleans may just be the model of the future.

To explore this, we have assembled a stellar line-up of participants for a debate where we ask these challenging questions and seek to build a working consensus that we can all share and build upon.

Refreshments: There will be a cash bar serving beer and wine

One thought on “Panel at Tulane to ask, Is there really a “new” New Orleans?”