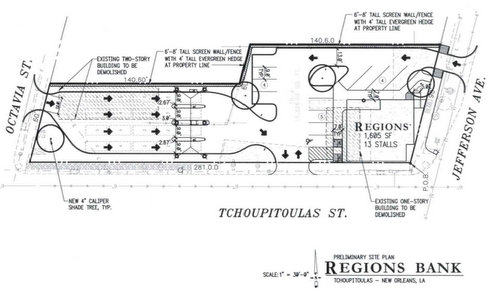 Plans for a new Regions Bank to replace the Roly Poly and an adjacent house on Tchoupitoulas by architect Richard Whitston of Kentucky. (via New Orleans City Council) 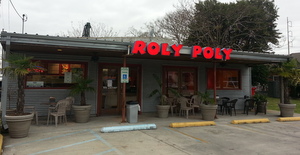 The Roly Poly restaurant on Tchoupitoulas Street is slated be torn down and replaced with a new Regions Bank at the corner of Jefferson Avenue, according to a demolition request pending before the city.

The developer, Butler Callahan Holdings, says demolition on the Roly Poly building is expected to begin in April, according to the demolition application filed in February. An adjacent single-family house at the corner of Tchoupitoulas and Octavia will be torn down for a drive-through entrance to the bank, the application states. 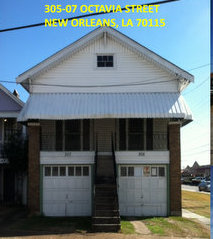 The request for the demolition was slated to be heard Monday before the Neighborhood Conservation District Committee, but the meeting was canceled because public notice was not properly sent out, officials said.

An employee at the store said that the building has changed ownership several times in the last years, but that he was unaware of any current plans for demolition. A “Now Hiring” sign was hanging in the window on Monday afternoon.

Other, unrelated Uptown applications on the committee’s agenda were to tear down and rebuild a single-family home at 1001 Webster Street, and to tear down the Subway restaurant on South Claiborne that is slated to be the site of the new Raising Cane’s restaurant at Magnolia Marketplace.

The next meeting of the Neighborhood Conservation District Committee is scheduled for April 7.