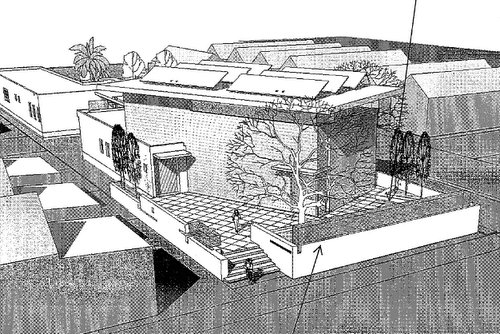 A drawing of the proposed community center included in city documents. 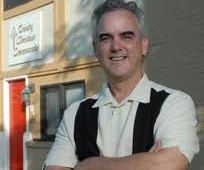 A long-delayed plan to create a new community center on Monroe Street in west Carrollton — now slated to be a new home for Hollygrove’s Trinity Christian Community — received a thumbs-up from the New Orleans City Planning Commission on Tuesday, and organizers say they now have the funding in line for the project to move forward.

The three-building complex is slated for a vacant lot in the 1700 block of Monroe, midway between Hickory and Green streets. Started with funding secured by the late state Rep. Alex Heaton in 2004, the project first received City Council approval in January 2005, but Hurricane Katrina derailed the project and scattered its organizers, said Kevin Brown, executive director of Trinity Christian Community, which has been hailed for its role in reducing crime in Hollygrove. Heaton approached Brown for Trinity Christian Community to get involved, and the Council granted an extension of their permission in April 2010.

After that, however, Brown discovered that the funding was contained in a budgetary line-item he could not access, and straightening that out was complicated by Gov. Bobby Jindal’s general opposition to state funding for non-governmental organizations, Brown said. Further, in the meantime, the design of the project had to be scaled back to fit the $1.7 million available.

“The design of the building and the money didn’t match up,” Brown said. “Now we’ve got the money fixed up.”

Moving to Monroe Street will give Trinity Christian Center a more central location than its current Joliet Street headquarters to serve all of Carrollton, Brown said. City documents describe the project as a “multi-purpose center with small-scale programs to serve residents from children to senior citizens … similar to the organization’s community center currently operating in Hollygrove,” and Brown said that was an apt description — they want the building to be flexible to serve whatever functions are needed from it.

Plans for the building call for a kitchen and food service areas, an outdoor play area for children, and room for courses for adults and activities for seniors.

“The needs of a community center range according to what’s happening in the community,” Brown said.

The extension was passed by the City Planning Commission in literally less than five minutes without discussion, appearing on the agenda after a contentious four-hour hearing on a redevelopment of the former Holy Cross school. Brown had to leave earlier to go lead an after-school program, but architect David Keiffer appeared in case the commission had questions, which they didn’t. The only comment was from Jerry Speir of the Carrollton Riverbend Neighborhood Association expressing continued support for the effort.

The project has been the subject of controversy in the past. In 2010, Tilman Hardy of the Pensiontown neighborhood group opposed the extension on the project, according to news reports at the time. Hardy, also owner of a nearby building called Leonidas House slated for his offices and a community center as well, did not appear at Tuesday’s meeting.

More recently, Carrollton neighborhood activist Jason Coleman raised the issue of inaction on the project repeatedly in his challenge to City Councilwoman Susan Guidry. Brown noted Tuesday that Guidry is not to blame for any of the delays in the project.

The planning commission documents describe the project as planned for “two phases, with the majority of the construction occurring first with the second phase of construction consisting primarily of canopies, planters and a raised plaza.” Brown said he and Keiffer are waiting for the City Council to approve the latest extension on the project before creating a definite timeline for construction.

“We can create a first-class facility for the community,” Brown said. “Our neighborhood in Carrollton is significantly better than it was before the storm, but the perception has yet to catch up.”

See our live coverage of Tuesday’s meeting below.