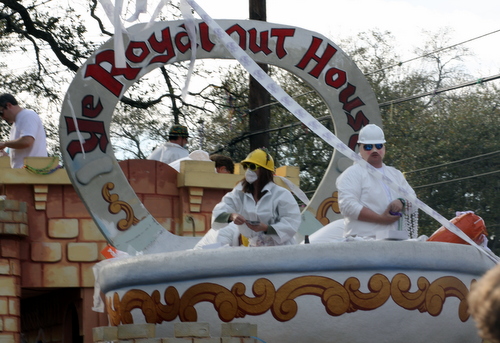 Toilet paper flies from the Krewe of Tucks’ “Expelling the Culture” float in 2012. (Robert Morris, UptownMessenger.com)

A set of new laws concerning conduct during Mardi Gras parades will not ban toilet paper from being thrown from floats, in a change from a draft of the laws introduced by the City Council earlier this week.

The proposed laws — which require ladders to be six feet back from the curb during parades and prohibit parking on both sides of St. Charles and Napoleon during parades, among other changes — will be given a new draft removing the item about toilet paper, according to City Councilwoman LaToya Cantrell’s office.

Toilet paper is a signature throw of the Krewe of Tucks, and news that a ban on it would be included in the ordinance drew quick opposition this week. The ordinances were introduced just prior to Thursday’s City Council meeting, but deferred until Jan. 23. 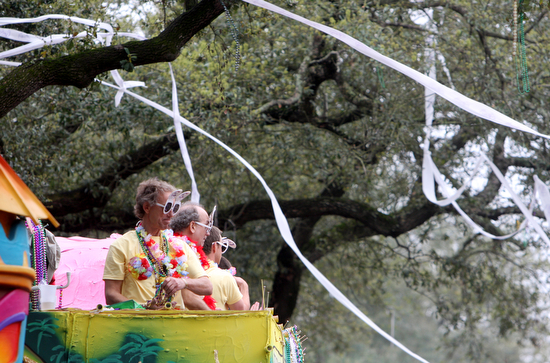 Rolls of toilet paper stream from the trees above Krewe of Tucks floats in 2011. (Sabree Hill, UptownMessenger.com)

One thought on “Toilet-paper throws won’t be banned from Mardi Gras after all, councilwoman’s office says”