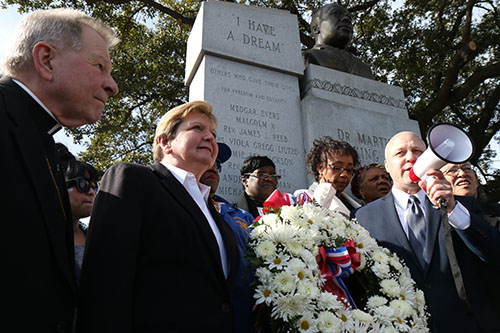 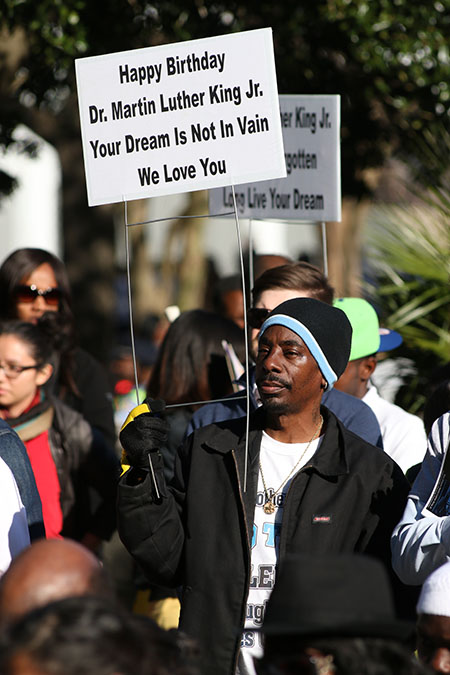 Though the work is hard and much still remains, New Orleans is moving ever closer in tangible ways to becoming more like the community that Dr. Martin Luther King envisioned for America, city officials said Monday morning.

“Each generation for a moment grips the arc of history and bends it one way or another, but it does not bend on its own,” said Mayor Mitch Landrieu on the steps of City Hall. “Here in New Orleans, there is no doubt we are moving forward together.”

U.S. Attorney Kenneth Polite, who grew up in the Calliope housing projects but went on to an Ivy League education and finally his recent Presidential appointment to lead the federal prosecution efforts in New Orleans, praised the transformation occurring in the city, citing the conversion of the former Schwegmann’s grocery on Broad into a new complex that will house a Whole Foods, an institute for culinary medicine, and school administrative offices.

“A generation ago, we would not have imagined such a development anywhere in our city,” Polite said.

King envisioned a community bound by unconditional love for one another, even for those seeking to undermine the order of society, based on a “recognition of the fact that our lives are interrelated,” Polite said. And for that reason, the fight against crime will not be effective without growth of the economy to support the city’s poorest residents, Polite said. Creating a cycle of high incarceration rates that lead to a lifetime of joblessness afterward is no longer acceptable, he said. 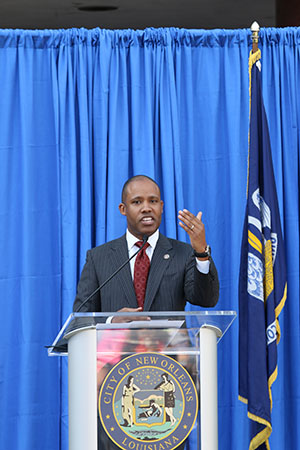 “The safety of the Garden District requires safety in Central City,” Polite said. “This is not an abstraction. It can be achieved, in our community, in our lifetime. So I implore you to move beyond passivity, into a love in action for our city. Get from behind your safe homes, get from behind your safe office buildings, and get out into our neighborhoods and continue to effect change in our world.”

Jade Brown Russell, regional counsel for Caesar’s Entertainment, said that if King had not given his famous “I Have A Dream” speech, he was planning to speak against allowing “normalcy” in society.

“We as a community have resigned to certain normalcies — normalcies of under-educated youth, of poverty, of homelessness, crime, joblessness,” Russell said. “But we are on the road to a new normal — no limitations for our city.”

Crime, unemployment and homelessness clearly remain challenges in New Orleans, Landrieu agreed, but the city is progressing through mutual dialogue among all its residents.

“Some are cynical. They believe we cannot change. Some would rather curse the darkness than light a candle,” Landrieu said. “But in New Orleans we’re proving them wrong.” 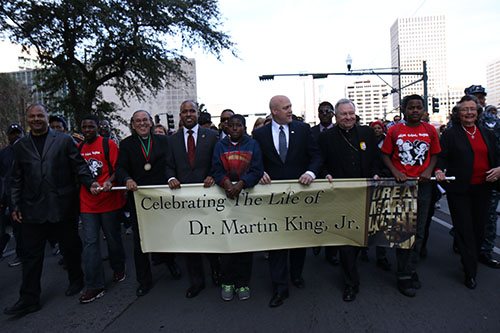 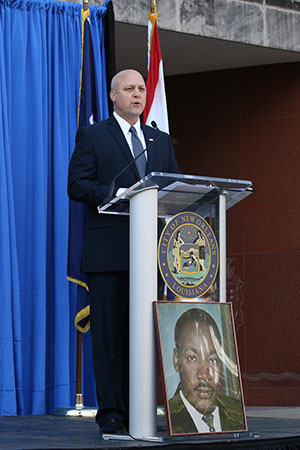 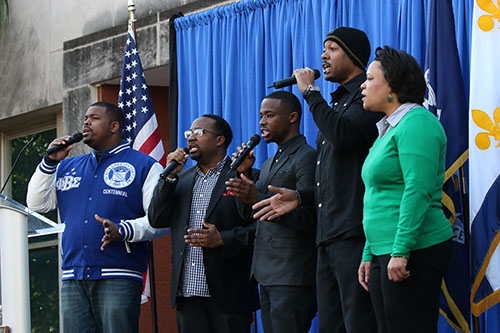 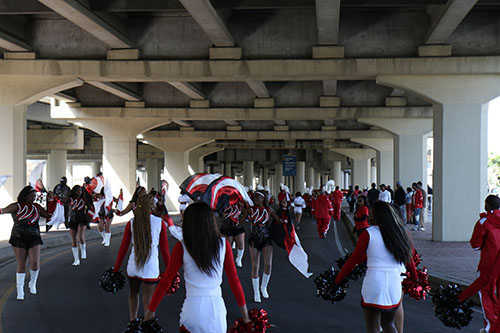 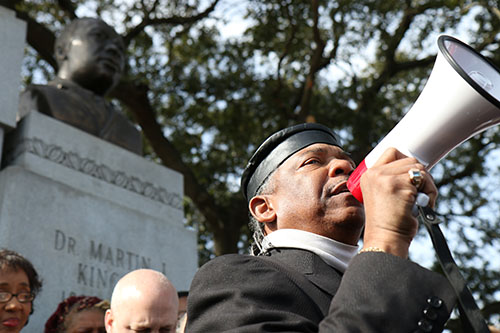