By Tracy A. Buccino 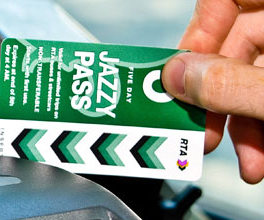 In response to Mr. Courreges’ recent piece regarding NORTA fare increases (“Necessary or not, RTA fare hike makes New Orleans two bits closer to unaffordable“), I suggest that one way to increase revenue without socking it to the poor, elderly, and others with no alternative would be to increase the single-ticket price while keeping the monthly-pass price the same or perhaps even lowering it. I would also suggest offering discounted monthly passes for the same categories (and perhaps others) that are currently offered for the single fares.

In some other U.S. cities and in many parts of Europe, the single fares are pretty steep but the monthly passes are a good deal. (This not only makes things cheaper and easier for those who rely solely on public transportation, it encourages those who have a choice to go ahead and buy a pass and then use it more often instead of driving.) By way of comparison, a single ticket in New Orleans is only $1.25 but the monthly pass is $55, i.e. you would have to ride more than 44 times (22 roundtrips) per month, to make a pass worthwhile. In San Francisco, for example, a single fare is $2, but the monthly pass is $66. Thus, buying a pass makes sense if you make more than 15 roundtrips per month. And in the German university town of Tuebingen, a single ticket is 2,60 Euro (almost $3) but a monthly pass is only 42,80 Euros (approximately $58), meaning it is worth it to get a pass after just 10 roundtrips!

And for those who might have difficulty coming up with $50 or $60 all at once, perhaps discounted 1-week or 2-week passes, would be an appropriate compromise. Right now, NORTA offers 1-day passes for $3 and 3-day passes for $9. These are fantastic prices for tourists but don’t do much to help locals.

Tracy Buccino is a resident of the Bouligny neighborhood of Uptown New Orleans.

To submit a letter to the editor to be considered for publication at UptownMessenger.com, email uptown@nolamessenger.com.

7 thoughts on “Letter to the editor: Sell more monthly RTA passes to locals by lowering price”