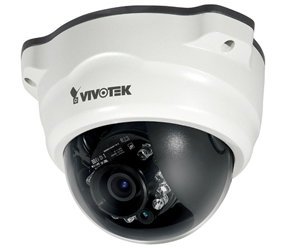 Residents around the Baronne Street corridor will soon have the opportunity to join the network of nearly 600 security cameras privately monitored by the Project NOLA nonprofit, with the cost offset by $100 per home or business contributed by the Delachaise Neighborhood Association.

The cost of a high-definition crime camera through Project NOLA is $295 and, as long as it is partially aimed at a public street and has an active Internet connection, the nonprofit’s volunteers will monitor it for free, giving police information and images about crimes that happen in the nearby area. The cameras are mounted in private homes and businesses, not on public utility poles, but many neighborhood groups have begun helping their residents purchase them. The west Carrollton neighborhood recently received a grant to place 40 such cameras in private homes, while Broadmoor, Freret, the Irish Channel and other areas have been the focus of similar, smaller-scale projects through City Councilwoman LaToya Cantrell’s office.

Now, the Delachaise Neighborhood Association — which represents the area between St. Charles and South Saratoga, from Louisiana to Marengo Street — plans to increase its presence on the network. The association will hand out $100 grants to the first 10 homeowners who apply for Project NOLA cameras, as long as they promise to keep the camera connected to the Project NOLA network and aim it in a way that it will capture the faces or license plates of passers-by.

“If they have enough cameras, they can track the movement of criminals through the neighborhood,” association president Dodd Denton said at the group’s monthly meeting Tuesday.

Association members who can afford to purchase the cameras on their own — without the grant — are encouraged to do so, to make the grant funds go further, Denton said. The association will keep the grant fund active, he said, in hopes that they will receive more donations to fund more cameras.

“If get more donations, then we’ll do more,” Denton said. “Let’s go with people who are willing to put them up, and hope more money is going to follow.”

To apply for one of the grants, contact the board of directors at DNA_nola@yahoo.com.

Project NOLA is the “largest, high-definition crime camera system in the country,” founder Bryan Lagarde recently told our partners at WWL-TV. Because the camera system is private, only the homeowners, Project NOLA and the investigators they share it with have access to the footage — it cannot be requested by members of the general public, Lagarde said.

Also at Tuesday night’s meeting, the association voted to support the “Seven Essentials of a Fair and Enforceable Noise Ordinance” drafted by a representatives of several French Quarter groups. Most of the discussion focused on the noise generated by outdoor activities at the Superior Grill.

The association also plans to create a blight working group, Denton said, to create a “Top 10” list of blighted properties to track through the city’s adjudication system.