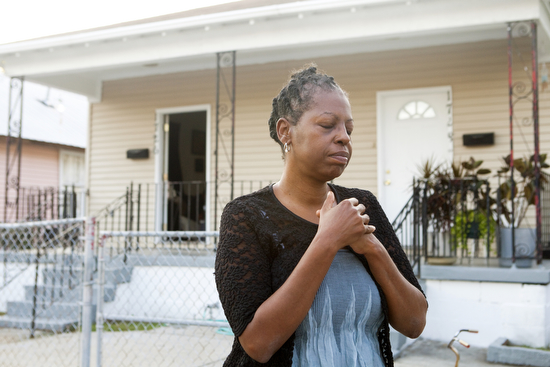 Ann Dimes stands where she last saw her son Danny Joseph Robert, remembering how it felt to hug him goodbye. Minutes after saying goodnight to her son, he was shot seven times in the face just blocks from where they had just been. “My life changed from that minute to this moment, to try to do the right thing toward my son, tell his story through all the hurt and pain. It came happen to any mother just like this,” said Dimes.   (Sabree Hill, UptownMessenger.com)

On a May evening in 2011, Ann Dimes stood outside a Ninth Ward home with her 26-year-old son, Danny Joseph Roberts. Roberts had been through a bout with a kidney stone, and Dimes, a surgical technician, wanted to check on him.

Danny, a longshoreman since the age of 16 years old, had just gotten a settlement check from the BP oil spill and felt on top of the world in spite of his medical problems. His mother reminded him he needed to keep his car door locked, but he brushed her concerns off by telling her to give him a hug. Then his phone rang.

A voice on the other end of the line – one Dimes has never identified, but will never forget overhearing – asked to borrow a shirt to wear to the club. Danny told his mother he loved her and would see her the next day, so she turned around, closed the door and went inside.

Minutes later, Dimes’ own phone began ringing – Danny was dead, shot seven times in the face just blocks from where they had last hugged goodbye.

“I am not the same person,” Dimes said. “It haunts me all the time. I just can’t understand the purpose of killing him that way.” 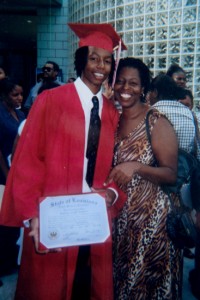 Ann Dimes with Danny at his high-school graduation.

Growing up, the family called Danny, Dimes’ youngest son, the “kid in the box,” because his favorite toy was a cardboard box to play in, hide in, or even curl up to sleep in. He graduated with honors from West Jefferson High School in 2003 and, as a member of JROTC, was offered a scholarship to the Air Force academy, but instead opted to follow in the footsteps of his grandfather and uncle by working as a longshoreman.

Dimes and Danny used to meet on Race and Tchoupitoulas St. several times a week at 5:30 a.m., before she went to work at the hospital and he went to work on the docks, to hug each other and talk.

“My son being my baby boy, we had a bond out of this world. He was my best friend,” Dimes said. “He always showed me that he loved me, kissing me. Even as a grown man he would cuddle up and watch a movie with me.”

After Hurricane Katrina, Danny and his mother traveled through Little Rock, Dallas and Memphis before returning to New Orleans. When they returned, Danny made new friends, and something was different about them, Dimes said — she began to tell him she was worried that he would end up in the wrong place at the wrong time.

After his death, other family members identified his body, and Dimes did not see him until the day of the funeral. His features were so disfigured from the shooting that she wanted to close the casket, but her daughter disagreed — people needed to know what had been done to him. The funeral home put a sheer cloth over his face, so Danny looked peaceful again. More than 400 people attended the service, though Dimes can barely remember it.

The cycle of violence continued after Danny’s death, and Dimes remembers a string of homicides in the Ninth Ward within a few days. As the death toll rose, TV reports of new killings brought Dimes to her knees in agony. She wants justice in the form of jail time for her son’s killers (charges have never been filed in the case) — not more violence, she said.

In 2013, Dimes learned about the Helping Mothers Heal group, and through it has begun to process her emotions. No longer, she said, does she feel ashamed that her son was murdered.

“Just because he got murdered doesn’t mean he was a bad person or I was a bad mother,” Dimes said. “I gave him all the tools that he needed and his life was just cut short from violent crime.”

The pain of Danny’s loss extends from his siblings to his two children, to the rest of family. Dimes used to tell Danny’s 5-year-old daughter, who is 7 now, to blow her father a kiss when she saw the clouds moving. Danny’s 35-year-old sister, who loved him like her own baby, recently suffered a stroke while crying over his loss. Dimes bases her own healing in cherishing Danny’s memory, and hopes to take a stand against future killings by teaching other mothers to do the same.

“It can happen to any mother just like this,” Dimes said. “If I had known it had been my last time seeing him, smelling him, kissing him, all the normal things — I would have never shut that door.” 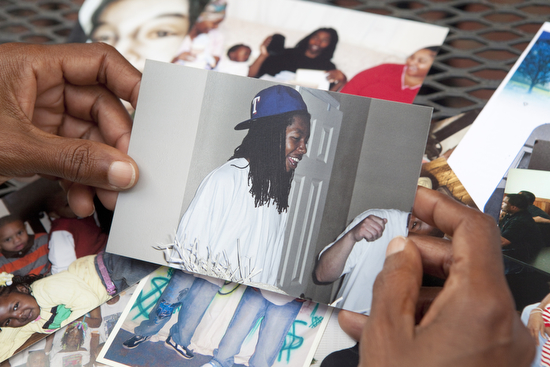 “That big beautiful smile,” said Dimes as she holds a picture of her son Danny. (Sabree Hill, UptownMessenger.com) 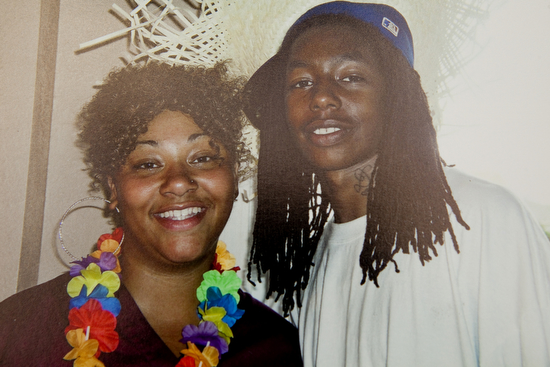 Danny and his older sister Charlita Street.
“He became a rolemodel for the family at a young age because of his character,” said Dimes. 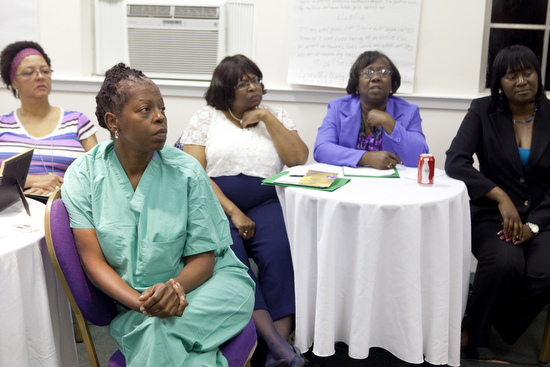