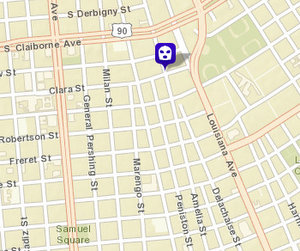 A man walking home from a gas station through the Milan neighborhood last weekend was robbed at gunpoint of the 78 cents in change in his pocket, New Orleans police said.

The victim walked to a South Claiborne Avenue gas station, bought several items and was walking home in the 2800 block of Amelia Street around 2:20 a.m. Sunday when he was approached by a man on a bicycle, according to a NOPD report. The bicyclist pulled a black semi-automatic handgun from his pocket and demanded the victim’s change, so he handed over the 78 cents in his pocket, and the gunman rode off on Amelia Street, police said.

A conviction for armed robbery carries a penalty of between 10 and 99 years in prison.

Anyone with information about the case should call NOPD Second District detectives at 658-6020, or CrimeStoppers at 822-1111 to leave an anonymous tip that could be eligible for a cash reward.