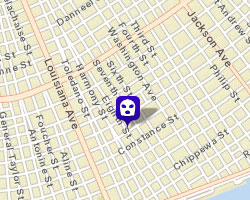 Two men were robbed at gunpoint on Magazine Street late Wednesday night, according to an initial police report.

The men, ages 26 and 27, were walking on the 3100 block of Magazine Street just after 1 a.m. when they were approached by a man with a gun, the report states. The suspect then fled with a wallet from one and an iPhone from the other.

No further details were immediately available.

3 thoughts on “Two men robbed at gunpoint on Magazine”