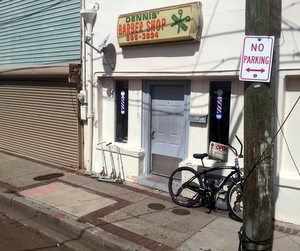 Although the signs on Freret say “no parking,” drivers may actually park on the Freret corridor after construction ends at 5:30 p.m. each day, city officials say. (Robert Morris, UptownMessenger.com)

In spite of a maze of construction projects that make Freret Street and its row of new businesses a challenge to reach, there is one silver lining for drivers: parking is allowed on both sides of Freret after construction is finished each day.

No parking is allowed on Freret from 7 a.m. to 5:30 p.m., while the road repaving project is underway. However, once construction is finished for the day, drivers may park on Freret without fear of being towed as long as they are gone before work resumes the following morning, said Chincie Mouton, a spokeswoman for the Paths to Progress program in charge of the repaving.

Only one direction of traffic is currently allowed on Freret, and that will not change after hours. But parking is allowed even on the closed side during the evenings, Mouton said.

“The cones are wide enough, even in the closed lanes, for the cars to get through,” Mouton said. “If there’s a hole, we don’t want you to park there, obviously.”

Tyler Gamble, a spokesman for Mayor Mitch Landrieu’s office, confirmed that standard parking is allowed when the construction hours are over. Normal rules for street parking still apply, however.

“Parking enforcement officers would respond to complaints from residents after these hours and tow vehicles that pose public safety hazards (such as blocking a driveway or intersection),” Gamble said.

Meanwhile, the overall project is moving quickly, Mouton said. In a separate segment of the same project, paving was expected to begin Friday on Nashville and then move to Fontainebleau afterward. With hope, the inconvenience to Freret drivers and businesses should be short lived, she said.

“We’ll be out of there in a few weeks,” Mouton said.