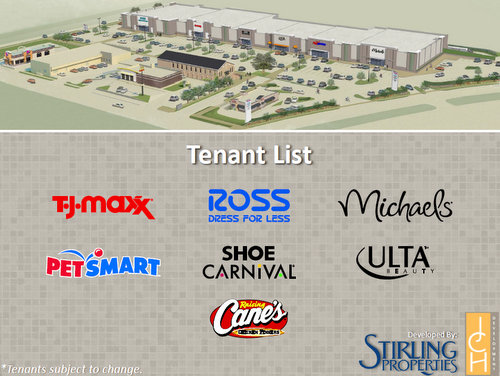 A rendering and tenant list of the Magnolia Marketplace shopping complex planned for South Claiborne Avenue. (via City of New Orleans)

Improvements to utilities around the new Magnolia Marketplace on South Claiborne will be paid for by an additional 1-percent sales tax on purchases there that should last around 15 years, based on legislation being forwarded to the New Orleans City Council for approval Thursday.

Magnolia Marketplace is a 97,829 square-foot development that Stirling Properties hopes to open in March of 2015. The shopping center would sit on the 6.5-acre site near the intersection of South Claiborne Avenue and Toledano Street. 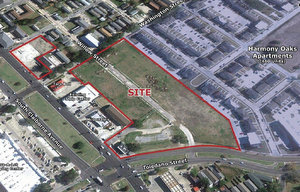 The $24 million development — which already has signed leases from seven retailers — would bring a projected $30 million in sales during its first year, according to Aimee Quirk, adviser to the mayor for economic development. That would translate to hundreds of thousands of dollars in sales tax for the city, Quirk told the City Council Economic Development Committee.

Under the proposed Magnolia Economic Development District, a penny sales tax on purchases in the complex will fund up to $2.3 million in bonds for select extraordinary costs and public infrastructure costs, which Quirk said could be paid back in about 15 years or sooner. The district is limited to the boundaries of the Magnolia Marketplace, Quirk said.

“What is unique to this particular proposal…is that this project would not tap into the general fund at all,” Quirk said.

The City Council would act as the governing authority for that district if it is approved. Committee members Jackie Clarkson, LaToya Cantrell and James Gray voted unanimously to in favor of forwarding the project to the full City Council for consideration Thursday.

“This is a step in the right direction, one we wanted to see long ago,” Cantrell said. 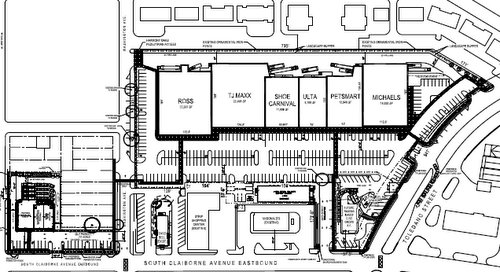 Prior to the Magnolia Marketplace presentation, officials from Delgado Community College also gave a presentation. See below for coverage of the meeting: