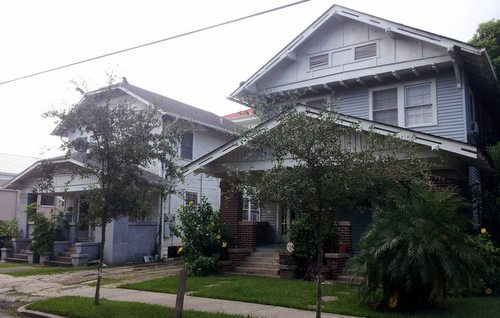 Lusher has bought two homes on the corner of its Willow Street campus. (Robert Morris, UptownMessenger.com)

Lusher Charter School has purchased two houses on the corner of its Willow Street campus in a strategic move to complete ownership of the block, but no specific plans for the new space have been determined, officials said.

“We know space is going to be at a premium, even though we haven’t decided on an exact use for that space,” said Blaine LeCesne, president of the school’s governing board. “Completing that square was important to us.”

The two homes in the 7300 block of Jeanette (on the Lowerline corner) were previously rental doubles, and Lusher will probably seek to demolish them, LeCesne said at a board meeting Saturday. How the space will be used has not yet been determined, but it could be almost any conceivable school function, he said — classrooms, offices or even a play field, he said.

The upcoming renovations to the Willow Street campus will include the installation of an elevator, which will further cramp the teachers and students there, LeCesne said.

“We’re going to have the need for more space,” LeCesne said. “There’s no question that we need room to grow.”

Richard Exnicios, a member of the Lusher Parent-Teacher-Student Association who attended Saturday’s meeting, said he was pleased by the purchase of the houses. One appears to be in better shape than the other, he noted, and could possibly serve as offices. 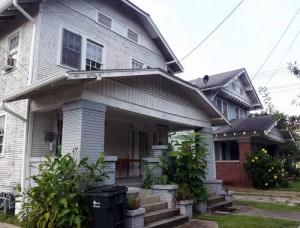 The two homes in the 7300 block of Jeanette. (Robert Morris, UptownMessenger.com)

Whether the additional space could serve the students currently at the Jewish Community Center expansion site has yet to be determined, Riedlinger said. The four sections of students remain there this year, said Lusher CEO Kathy Riedlinger, and the school does not yet have plans for them next year. That question will again be studied throughout the school year, Riedlinger said.

Across Jeanette Street from the two houses is an apartment building, where Tulane junior Morgan Wittenberg moved in this summer. She said she thinks all the apartments there are college students, and that she doesn’t think they would have rented there if they minded living near a school. For the two houses to become part of the school won’t be a problem, she said.

“I love seeing the kids — it kind of gives me the vibe of the neighborhood,” Wittenburg said. “If it gives them space they need, I’m glad they’ll be able to expand.”

Saturday’s board meeting also included discussion of the coming year’s budget, technology issues and upcoming testing. To read our live coverage, see below.