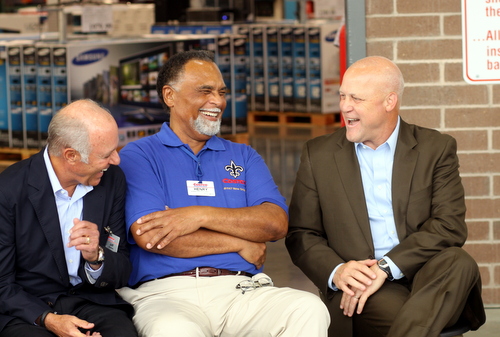 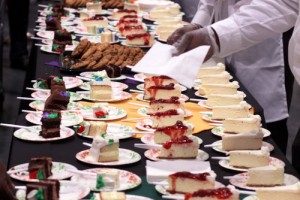 Maybe it was the spirit of economic rebirth, maybe it was New Orleanians’ natural talent for celebrating, or maybe it was the enticing prospect of free samples, but the grand opening ceremony for Costco’s warehouse store on Carrollton Avenue drew a crowd of hundreds that company executives said surprised them.

For their 650 other stores around the country, they mostly just opened the doors and people started shopping, the executives said.

“We’ve never been treated like this before,” Costco cofounder Jeff Brotman said. “You guys know how to throw a party.” 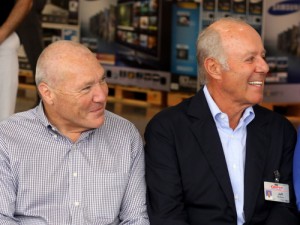 For many locals, the 200 new jobs created by Costco were worth celebrating. Of those jobs, 65 percent will be filled by people from the city of New Orleans, said Mayor Mitch Landrieu. Workers typically earn $40,000 a year or more at Costco, which has been praised by President Obama for the way it treats employees. More than 30 of the Costco employees are students and alumni from Xavier University across the street, noted Xavier provost Loren Blanchard — including the Xavier-trained pharmacist.

The company has likewise been a good neighbor to Hollygrove and Gert Town as well, said District A City Councilwoman Susan Guidry. When she first met with officials in 2011, she gave them a list of surrounding community groups, and they diligently contacted all of them, Guidry said. They held a series of public information sessions for neighbors, as well as recruiting days for locals.

“I cannot thank them enough for keeping their word,” Guidry said. 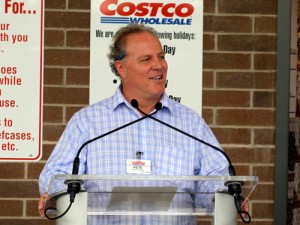 The company ended up hiring around 25 people from the Gert Town and Hollygrove neighborhoods, manager Pete Carter said. That figure reflects a good-faith effort, said Joe Sherman of the Carrollton-Hollygrove Community Development Corporation.

“I’ve met with a lot of developers, but these guys had their case laid out,” Sherman said. “I’ve never seen anybody come to the community with all our concerns looked at.”

Following the grand-opening ceremony, the Stooges Brass Band led the crowd into the store where, true to Costco form, generous samples were being dished out around every corner. And while the party continued inside, lines of new Costco shoppers signed up for memberships at tables set up outside.

The store opens for business at 8 a.m. Saturday. 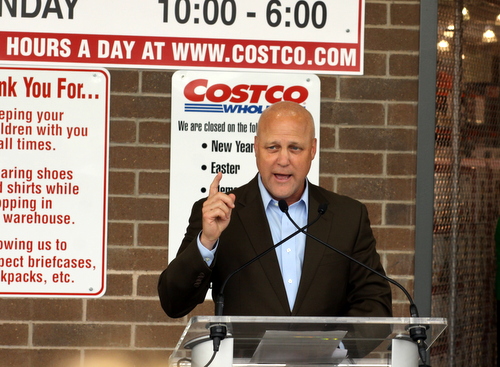 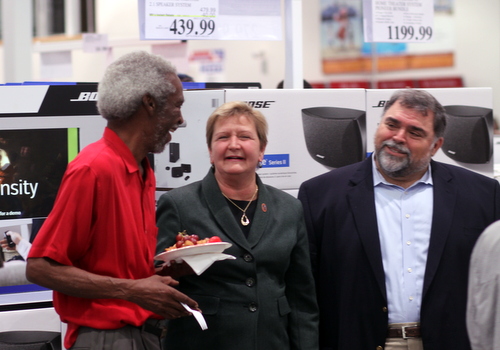 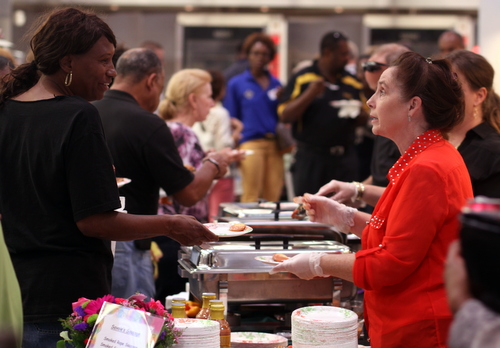 Samples are handed out during the grand opening. (Robert Morris, UptownMessenger.com) 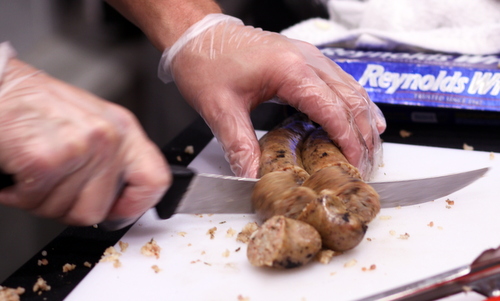 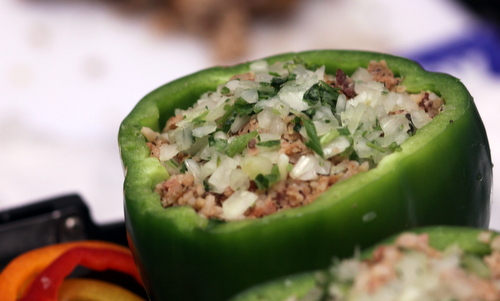 Manda-brand boudin is sliced and stuffed into a green pepper at one sample station at Costco. (Robert Morris, UptownMessenger.com) 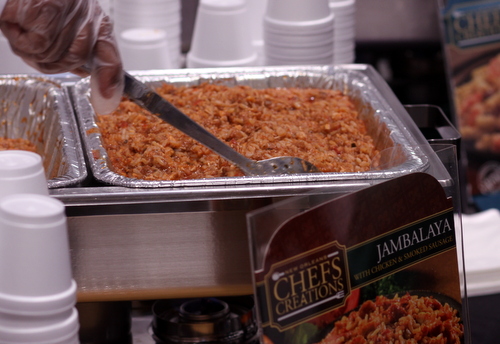 Jambalaya is served during the grand-opening celebration. (Robert Morris, UptownMessenger.com) 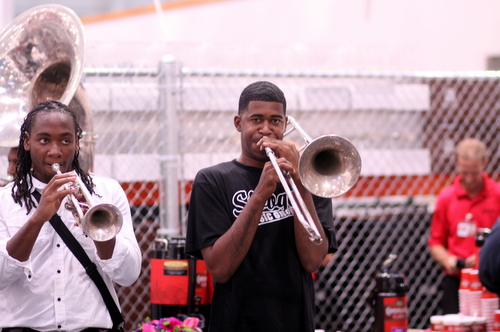 See below for video of remarks by Mayor Mitch Landrieu’s office, via the Mayor’s office:

One thought on “Costco grand opening: 200 jobs and ‘a huge win’ for New Orleans, officials say”