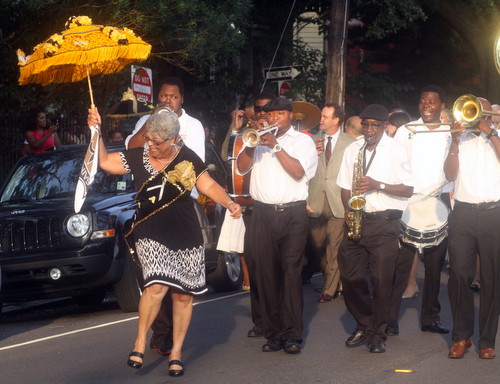 Just a few short months ago, a group of Xavier Prep alumni promised students that, despite what seemed at the time like insurmountable obstacles, they would proudly return to campus as the Yellow Jackets in the fall.

Call it an act of faith, call it the “Miracle on Magazine Street,” but on Friday morning, with a procession around the block and an invocation from an archibishop, the founders of the new St. Katharine Drexel Prep made good on their promise.

The historical significance of the opening day of St. Katharine Drexel Prep was present in the minds of many of the hundreds of students, alumni and supporters who attended the ceremonies. After a sudden announcement in February that the Sisters of the Blessed Sacrament intended to close the school, the alumni quickly began working to take the school independent and keep it open, and announced the success of their effort in April.

“This is the beginning of a new era, a new journey, but the vision and the mission remain the same,” said school president Joseph Peychaud.

In his comments before the ribbon cutting, Archbishop Gregory Aymond praised the tenacity of the school community, saying that they embodied the values of the school’s namesake, St. Katharine Drexel.

“Without people stepping forward, putting their necks on the line and taking risks, these kinds of opportunities and historical moments don’t happen,” Aymond said.

School principal Cheryllyn Branch said the word “excitement” fails to convey the full import of the day. The school counted 210 students its first day — only a few dozen fewer than the 245 that Xavier Prep closed with — and more are continuing to enroll each day.

“It is so tremendous to be a part of living history,” said Branch, a graduate of the Class of 1970. “What has happened before in terms of school closures — ours is a very, very different story, and it speaks to the resilience of the faith community.”

All summer long, Branch said, people anywhere in town who realized that she was a part of the St. Katharine Drexel Prep effort gravitated to her to share their support.

“The wishes and the hopes of the community have been with us,” Branch said. “That’s what we’ve felt, that’s what’s lifted us, and that’s what brought us to this day.” 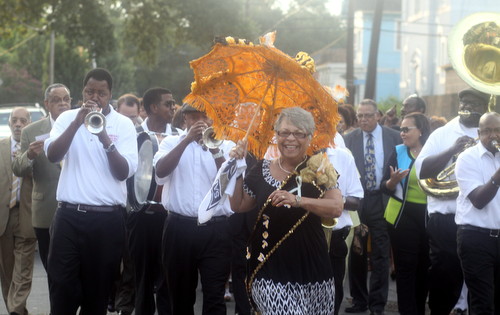 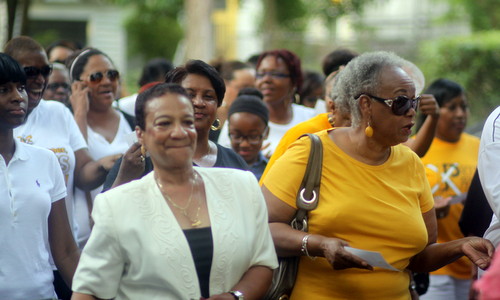 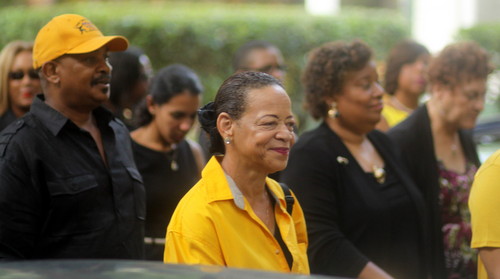 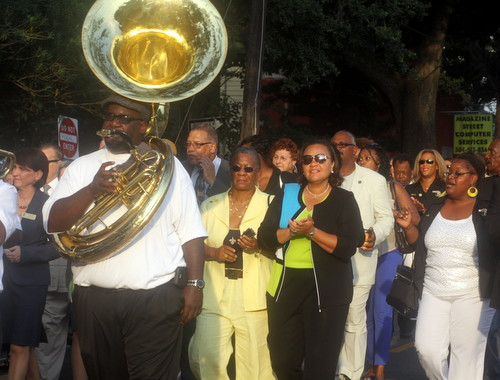 Sen. Karen Carter Peterson claps along with the Kinfolk Brass Band as they march on Magazine Street. (Robert Morris, UptownMessenger.com) 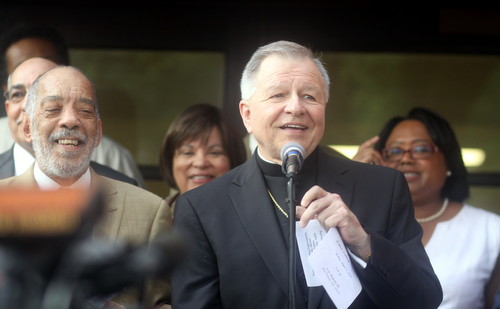 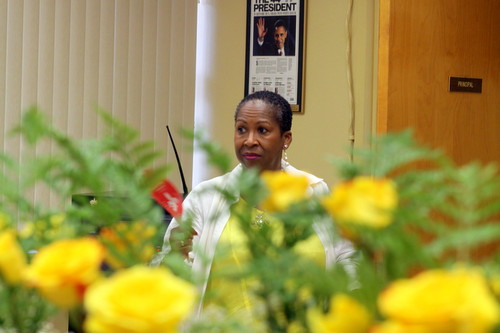 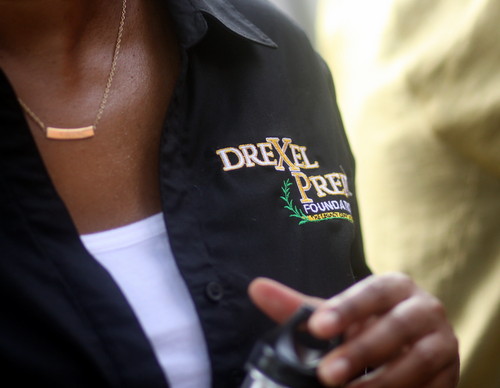 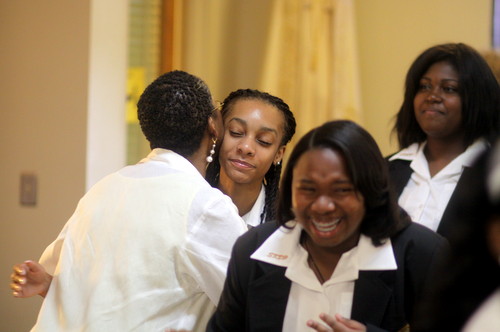 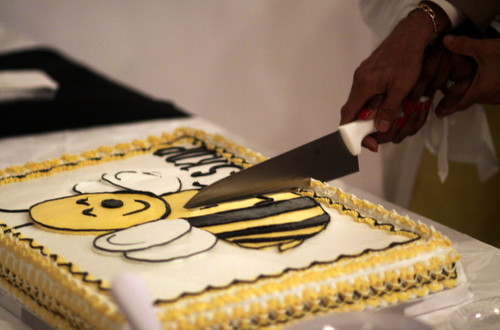 Principal Cheryllyn Branch and school president Joseph Peychaud cut the cake together at a reception for the first day. (Robert Morris, UptownMessenger.com) 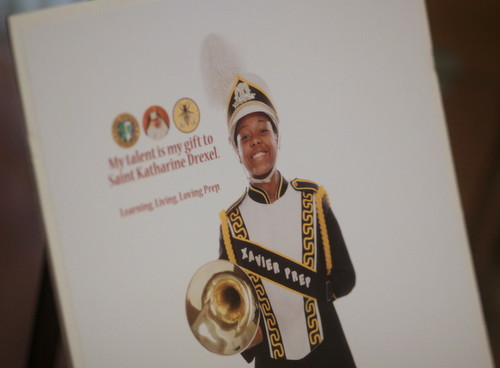 A promotional placard for the school celebrates the role of St. Katharine Drexel. (Robert Morris, UptownMessenger.com)