Newsflash: “Neighbors and nightclub clash over live music.” It sounds like a headline from any given day’s report from the City Council chambers, but it’s actually a story that’s nearly as old as New Orleans.

Whether New Orleans properly takes care of its musicians and other artists is another never-ending saga — but one that may finally be showing some improvement, according a panel discussion held at Tulane University on Thursday evening. 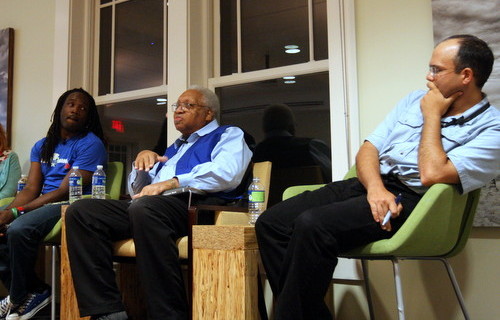 The panel was entitled “Does Progress Destroy Culture?” and that lead question can only be answered ‘yes’ in literal fashion when a bulldozer knocks down a historic building, said Tulane geography professor Richard Campanella. But in New Orleans, the debate often takes on a broader meaning in the tension between the city’s residents and its perfomers — in the case of music venues, food trucks, parades and many other forms of expression.

The debate stretches back centuries, Campanella said, including the consolidation of the city’s adult industries into the back of the French Quarter in the late 1800s, the regulation of the Storyville prostitution and music scenes at the turn of the century, the escalating police pressure and ensuing retreat from there to Bourbon Street before World War II, and Jim Garrison’s crackdowns on Bourbon Street in the 1960s. In each case, artists present themselves as doing the work that gives New Orleans its identity, and residents argue that they are merely trying to keep it livable — and city government’s role is usually to try to negotiate between the two, Campanella said.

But while proponents of the culture usually decry the interference as the end of their ability to exist, what happens instead is that they tranform — decreasing profits and standards on Bourbon Street led to the creation of an alternative scene on lower Decatur, and its success led to the growth of Frenchmen Street, spreading now on down St. Claude. That balancing act between the rights of residents and the rights of performers is exactly how civics is supposed to work, Campanella said, and results in a forward movement that he deemed a “dynamic equilibrium,” akin to how a bicycle remains upright by moving forward, and only falls down when it comes to a stop.

“Progress does not mark the end of history nor the destruction of culture, but rather, the next chapter of both,” Campanella concluded. 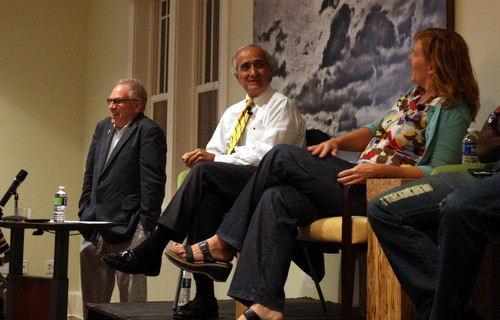 None of the other panelists directly contradicted Campanella’s assertion that progress and culture can be allies, and in fact, despite their varying perspectives, agreed in different ways. Journalist Katy Reckdahl described those unending neighborhood-versus-club fights as tiresome, but said the Landrieu administration has done a better job of connecting performers and residents before the fight gets out of hand. Mardi Gras Indians no longer clash with the NOPD, and the police chief even defended the second-line groups after the Mother’s Day shootings. (Reckdahl wondered, however, if the mostly-white crowds that spill into the streets on St. Patrick’s Day are policed as closely as the mostly-black participants in St. Joseph’s Night.)

“Some of these battles have gotten better, but I still see people discussing how to protect it,” Reckdahl said afterward. “Maybe we care more about culture than we ever have.”

Musician Shamarr Allen said that the influx of new, gentrifying residents means that crime that once passed hardly without notice is now met with outrage — a possible sign of progress. Musical patriarch Ellis Marsalis, now 78 years old, took an even broader view: musicians that could formerly be seen only in person can now be watched on TV (or, presumably, the Internet). The fall of segregation — in everything from Jim Crow laws to Mardi Gras krewes — represents clear progress as well, Marsalis said.

And hotelier Michael Valentino said that the hospitality industry — sometimes caricatured as the Disneyfying enemy of culture — actually has a stake in preserving New Orleans culture, because that’s what it sells to tourists. The growing public conversations about how to do that are actually instructive in helping the city leadership ensure everyone is included, he noted.

One audience member, Jocelyne Ninneman, said that New Orleans seems far better versed in this sort of conversation than her native Detroit, the crumbling home of Motown. Despite the vaunted parallels between the two cities — such as crime rates and population loss — Ninneman said New Orleans is vocal in defense of its traditions, while her hometown seems complacent on the same issues.

“I don’t think New Orleans even realizes the power that it has,” Ninneman said. “People believe in culture so much already that we’re even having these fights.”

Progress through culture
Ultimately, Allen said, if the city can protect its culture and traditions, it may be culture that saves the city.

When he was growing up in the Ninth Ward, he remembers one day asking his parents for $20 for a school field trip. They didn’t have it, and neither did his grandparents, so Allen went outside to pout.

The neighborhood drug dealer walked by, and asked what was wrong. Allen explained, and the dealer handed him a $100 bill.

“That situation to me makes him my role model — you understand? And that happens every day,” Allen said.

But Allen went on to study music in the city’s public schools under the mentorship of Brice Miller, the Mahogany Brass Band leader whose music has taken him to Carnegie Hall and who was present in the Tulane audience Thursday night. Miller, his music and his lifestyle, Allen said, became a different kind of role model who ultimately saved his life.

“Everybody don’t have that,” Allen concluded, focusing his attention on Miller, “and I just want to say thank you.”

9 thoughts on “Clash between culture and progress is a perennial New Orleans problem, panelists say — but may be getting better (live video)”