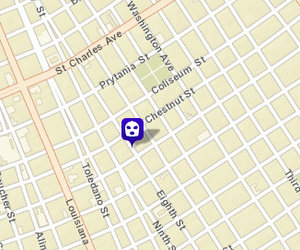 A man and a woman sitting on the front porch of a home in the Garden District were robbed at gunpoint late Thursday evening, authorities said.

The victims, both in their 30s, were sitting on the porch of a home in the 1200 block of Eighth Street around 11 p.m. Thursday when three men opened the gate, according to the initial report. One of the robbers was holding a chrome or silver handgun, and the trio said very little to the victims, just gesturing toward their belongings, said Lt. Frank Young of the NOPD Sixth District investigation unit.

The woman gave up her purse and the man gave his wallet and iPhone, and the suspects then left, the report states. Police were able to track the iPhone into the 1900 block of Toledano before losing the signal, Young said.

[Note: This article was first published at 11:02 a.m. Friday and updated at 1:02 p.m. with additional details obtained at the NOPD weekly Comstat meeting.]