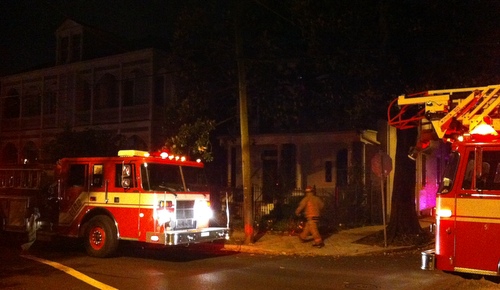 Firefighters responding to a fire on Prytania Street near Soniat. (Photo submitted by Kurt Fromherz)

A small fire Monday night on Prytania Street drew a number of firefighters who were quickly able to get the incident under control.

The fire broke out around 10 p.m. on Prytania near Soniat. Witness Kurt Fromherz said there were no visible flames, but a “smell of smoke, like an electrical fire.”

The cause of the blaze has yet to be disclosed by authorities.