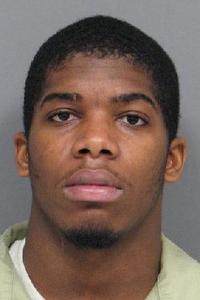 Oscar Anthony James allegedly tried to rob a man in the 2900 block of Cambronne around 9:30 p.m. Saturday (May 4), and then shot him before fleeing, according to a NOPD news release.

“James is on parole for Possession With The Intent To Distribute Cocaine and Illegal Carrying of a Weapon until 2014,” the release states. “He was previously arrested for a Concealed Weapon, Crack Possession, Illegal Firearm During a Crime, Resisting a Police Officer, Simple Escape, Battery, Criminal Damage To Property, Trespassing and Possession of Stolen Property.”

Anyone with information about the incident or about James’ whereabouts should call NOPD Second District Detective Jerry Baldwin at 658-6020, or call CrimeStoppers at 822-1111 to leave an anonymous tip that could be eligible for a cash reward.