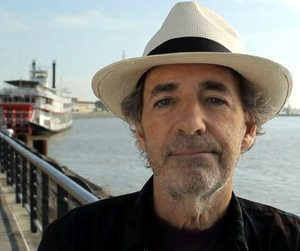 Harry Shearer (from “The Big Uneasy”)

Known for his role as the legendary bassist in “This is Spinal Tap,” the voice of more than 20 characters on “The Simpsons,” and the flooding documentary “The Big Uneasy,” Harry Shearer will speak at Loyola today (Monday, April 8).


Harry Shearer, the legendary bassist in the 1984 rock and roll mockumentary “This is Spinal Tap” and the voice of more than 20 characters on the hit animated sitcom “The Simpsons,” will discuss the evolution of his career at a forum at Loyola University New Orleans Monday, April 8 at 5 p.m.

The event is free, open to the public and will take place in Nunemaker Auditorium in Monroe Hall. For those unable to attend in person, the forum will be available via live streaming on Loyola’s website.

Shearer made his first on-screen appearances in “Abbott and Costello Go to Mars” and “The Robe” in 1953 at age 7. In a career spanning more than 60 years since then, he has worked as a writer, producer, director, actor, radio host, author and voice-over talent. His work today includes the weekly NPR radio program, “Le Show,” and continuing roles on “The Simpsons,” the longest-running sitcom in American television history.

Hosted by Jim Gabour, Loyola extraordinary professor of video technology, the forum will feature clips from Shearer’s iconic television and film performances, including “This is Spinal Tap,” “Saturday Night Live” and “A Mighty Wind.” The event will also include never before seen footage from “Unwigged and Unplugged,” the 25th anniversary Spinal Tap concert tour film that was produced and directed by Gabour.

The event is part of “Get Inforumed,” a weekly forum throughout the year featuring experienced music professionals from across the industry. Each forum, organized by Loyola students with a mind for arts and entrepreneurship, is designed to excite the community of creative minds and art entrepreneurs through conversations, with the most experienced, sincere and relatable professionals in the industry.