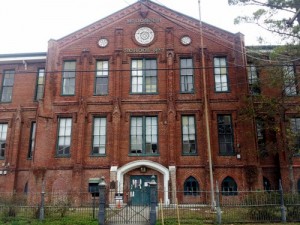 A top Orleans Parish School Board administrator will present plans detailing Audubon Charter School’s proposed move out of the old Carrollton courthouse and into the vacant McDonogh 7 building on Milan Street at a meeting Wednesday evening, school officials said.

Deputy Superintendent Kathy Padian will meet with parents and teachers at 5:30 p.m. Wednesday in the Carrollton campus cafeteria, said Audubon operations manager Alisa Dupre. A final decision has not yet been made about the move, in part because four trailers would be needed at the McDonogh 7 building, but there is still time for those issues to be worked out before next school year, Dupre said.

“We haven’t received 100-percent go for the summer, because they have to go through some steps with the city,” Dupre said. “We’ll have to hustle to pack, but it can be done without too much of a problem.”

The four trailers would likely be used as resource classrooms for art, gifted studies, special-education and office space, so that no students would spend their entire school day there, Dupre said. The OPSB has already begun preparing the main McDonogh 7 building (about two blocks from Magazine and Napoleon), however, and it is in much better shape than the old Carrollton courthouse, she said.

Audubon moved into the Carrollton courthouse in the fall of 2006, but it has always been considered a temporary location. Its condition — particularly in its old exterior trailers — has long frustrated Audubon families, and the building suffered roof damage during Hurricane Isaac that was far more severe than that at most homes in New Orleans.

At the same time, the Carrollton courthouse has its emotional attachments as well, Dupre said. Third-graders at the Broadway campus used to have a tradition of taking a streetcar ride to Carrollton to visit their new fourth-grade building, and children have painted murals inside of the old city of Carrollton, featuring the grand old building. Benjamin Franklin alumni who spent time in the building still visit every year.

What will become of the courthouse is unclear, Dupre said. Meanwhile, the McDonogh 7 building would also be considered another “temporary” home for Audubon, but what might come after it has not even been discussed, she said.

“There are just so many moving parts in the city right now,” Dupre said.