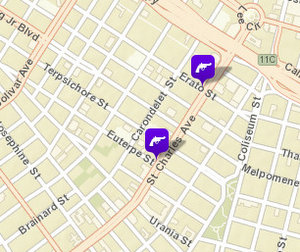 A total of 11 gun cases have now been made on St. Charles Avenue during the first two weekends of parades: four at Erato Street, three at Thalia, one at Euterpe, one at Sixth, one at Eighth and one between Foucher and Amelia.