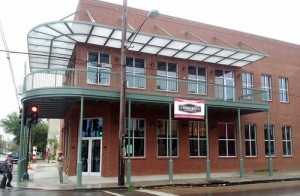 The long-awaited Charcoal’s Gourmet Burger Bar on Magazine Street and the new Wayfare deli on Freret have both opened, and the original Reginelli’s location at Magazine and State is now slated to become a restaurant called Noodle & Pie.

Charcoal distinguishes itself in a crowded burger scene with meats that range from antelope to salmon on a choose-your-own-adventure menu.

Wayfare offers a likewise adventurous version of a deli, with sandwiches and salads that draw inspiration from Cuban, Vietnamese and other cuisines, reports Gambit’s Ian McNulty.

On the horizon, Noodle & Pie hopes to open in mid-May in the space left open when Reginelli’s moved across Magazine Street, reports Susan Langenhennig of The Times-Picayune. The concept began as a pop-up in Dante’s Kitchen and combines a specialty ramen shop with homemade pies, Langenhennig reports.