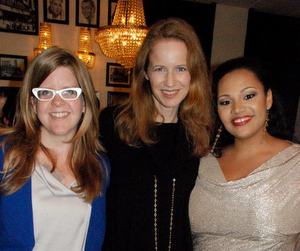 “She’s a spitfire and smart as a whip without ever forgetting to be a kid,” writes Laura Cayouette, an actress in Django Unchained, about cheering for Quvenzhané Wallis for Best Actress during the New Orleans Film Society Oscar-watching party at the Prytania Theatre on Sunday evening. “It wasn’t her night, but I hope she knows how many people were rooting for her and how impressed we all are with her achievements and her extraordinary performance.”

Cayouette goes on to reflect on “Django” director Quentin Tarantino’s best-screenplay Oscar and the role of New Orleans in some of Hollywood’s most celebrated films — and gives a shout-out to the sisters dressed as Abraham and Mary Lincoln who won the evening’s costume contest. 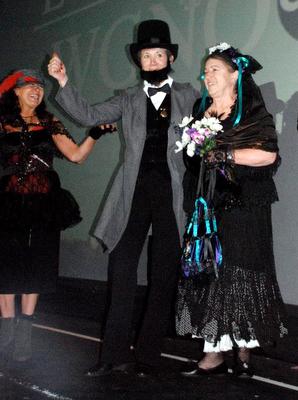 Two sisters dressed as Abraham and Mary Lincoln celebrate winning the costume contest during the Oscar party, cheered on by a runner-up dressed as Colette from Les Miserables. (photo via the New Orleans Film Society page on Facebook)