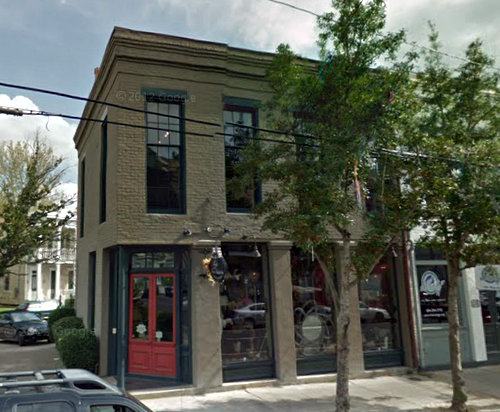 Square Root is planned for the former Shop of Two Sisters on Magazine Street. (Image via Google Maps) 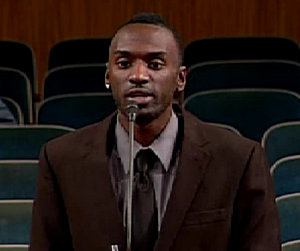 Marlon “Buck” Horton announces to the City Council that he is closing his restaurant, Finger Lick’n Wings. (via nolacitycouncil.com)

The new Square Root restaurant planned by Root chef Phillip Lopez for lower Magazine Street was granted permission to sell alcohol by the New Orleans City Council on Thursday, but the former City Council candidate who owns Finger Lick’n Wings said he is closing his restaurant after repeated denials of his request for alcohol sales.

Square Root is slated for 1800 Magazine Street, which was formerly the Shop of Two Sisters. The developers of the venture, Kevin Schneider and Nicholas Shay, plan to add a gallery along the length of Magazine Street to the building, the application notes.

City planners recommended the standard requirements to prevent the restaurant from turning into a bar: such as not staying open past midnight, providing food whenever the restaurant is open and prohibiting go cups. With no discussion or questions, the City Council approved the conditional use for alcohol sales by a unanimous vote.

Earlier in the meeting, however, the City Council put to rest an old motion by former interim Councilwoman Diana Bajoie that would have allowed Marlon “Buck” Horton to sell beer and wine at Finger Lick’n Wings on Jackson Avenue. The City Council had previously denied Horton’s request for liquor sales there, but Bajoie suggested sending the matter back to the City Planning Commission for a beer-and-wine permit — which would have saved Horton the time and money of filing again.

Councilwoman Stacy Head had previously expressed concerns about the idea, and on Thursday newly-elected City Councilwoman LaToya Cantrell said that the motion would be withdrawn. Horton then appeared, greeting several council members that he met during what he called an “entertaining” bid for office, and said he felt let down.

“I know your minds have been made up about my business. I wasn’t treated fairly,” Horton said. He added, “This is the reason young African Americans and small businesses can’t grow, because you all didn’t even try to help me.”

Cantrell said that she gave Horton’s request ample consideration, visiting the restaurant this week and walking the neighborhood. One couple, she said, showed her bullet holes in their home they said resulted from an event at Horton’s restaurant.

“It’s not up to the council to build consensus in the community for your establishment,” Cantrell said. “At the end of the day, it will be the residents of those neighborhoods that we will listen to.”

Without the ability to sell alcohol, Horton said he is giving up on the venture.

“It’s time for me to move on,” Horton said. “My restaurant will be closed as of today. There’s nothing else I can do.”

After the meeting, Horton confirmed that the restaurant is closed, and he is exploring options for other locations.