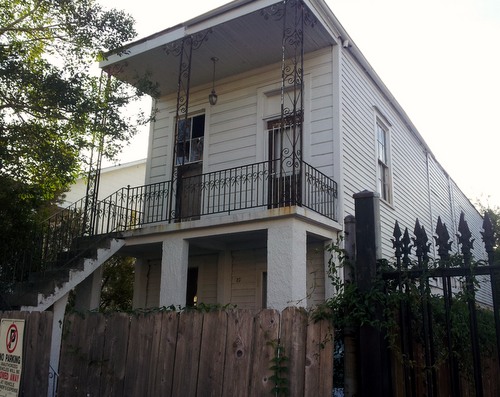 The century-old home at 820 General Pershing seems likely to be spared demolition, as City Councilwoman LaToya Cantrell has joined the chorus of officials arguing for its preservation.

Developers and the home’s owner had wanted to tear the home down to make room for four parking spaces and a loading area to serve an as-yet-unnamed project in the Top Drawer building on Magazine Street, but two city agencies governing zoning and demolitions had already recommended against it. In a statement released to Uptown Messenger on Friday morning, Cantrell says she has reached the same conclusion:

We have reached out personally to residents, conducted a thorough site visit and discussed with the CPC and PRC. 820 General Pershing should not be demolished for the sake of creating a parking lot in this quaint residential community. Not only to preserve the residential fabric of the community, but to protect the area from drainage issued caused by a parking lot that becomes a runoff. Folks have stopped me in grocery stores about the future of this property.

While the decision formally rests with the City Council as a whole, the other members customarily defer on land-use issues to the elected official who represents the property in question.

2 thoughts on “Cantrell: No demolition at 820 General Pershing for parking”