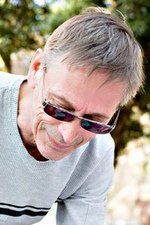 Jean-Jacques Grandiere, photographed during the school’s playground build in 2011. (photo via facebook.com/ lyceefrancaisnola/)

The general director of Lycée Français de la Nouvelle Orléans resigned his position on Friday, and the board chair and another board member will take on some of his responsibilities until a new leader can be found this summer through a national search.

After about a year and a half with the new French-immersion charter school, Jean-Jacques Grandiere submitted his resignation Friday for unspecfied “personal reasons,” according to a letter sent from board chair Jean Montes to parents late Saturday morning. Montes and another board member, Dan Henderson, will fill in for Grandere during the transitional period, the letter states.

Grandiere’s resignation comes at end of what has been a turbulent year for the school’s leadership. In April, the board announced that principal Jill Otis would be resigning at the end of the school’s first academic year. Soon after, public conflict between several board members led to the resignation of two board members, and at least two others resigned more quietly. More recently, the school has weathered allegations of inequitable admissions practices at the state level, and cut its budget by $200,000 earlier this month to resolve a recently-discovered financial shortfall.

Questions about Grandiere’s future with Lycee Francais were raised several weeks ago at the school board’s last meeting, when members met in a closed door session to discuss his status and announced afterward that new leadership options might be needed soon.

See the letter to parents about Grandiere’s resignation below:

I would like to inform you that yesterday afternoon I received the resignation of our General Director, Jean-Jacques Grandière, citing personal reasons. We have reluctantly accepted his resignation and told him that the entire Lycée Français community will miss him. I will be bringing a recommendation to the Board to immediately form a committee to conduct a national search for a CEO/General Director to be in place by July 1, 2013. I envision that this process will include public forums. It is imperative that our parents, teachers and all stakeholders actively participate in selecting our new leader.

Steps are being taken immediately to ensure the continued smooth operation of the school. I have asked our board member, Dan Henderson, to volunteer to join me in filling in for Mr. Grandière during this transition. We will also hire an Academic Director that will start in the next two weeks.

Jean-Jacques asked me to pass on the following statement: “Although I know that I am leaving the school in good hands, I intend to stay in contact with the school as needed. I believe that with our current staff, the school will continue to thrive and fulfill its mission. I want to thank the students, parents, teachers, staff and board for their understanding and support during this time.”

Even with this latest challenge, we remain optimistic about the school’s future. Operational and financial issues are not unusual or unexpected for a start-up charter. Although we are facing financial constraints, our school administrative and academic teams are guiding us on the path to solvency and financial strength. The Department of Education recently gave us a positive report and vote of confidence. The French Consulate as well as officials at CODOFIL are steadfast in full support of our school. Applications for next year are already at an all-time high. There is no doubt as we stand together we will get through these challenges and end this year even stronger than before.

Mr. Henderson and I plan to meet with you on Friday at the Patton campus for the usual Coffee Hour Friday meeting next week at 8:45am in room 208. In the meantime, if you have any questions or concerns, please contact me at 504-616-1652 or jeanmonts@mac.com.

I have sent a similar note to the entire Lycée staff as well so they are informed and making plans that will maintain the quality of our school moving forward accordingly.

39 thoughts on “School director at Lycee Francais resigns; two board members to lead in interim”