On a night when voters replaced three members of the six members of the Orleans Parish School Board, Woody Koppel won a second term to his Carrollton-based seat by a wide, two-to-one margin.

“I feel fortunate,” Koppel said in an interview Wednesday afternoon. “I ran hard, and I ran scared. I didn’t take anything for granted.”

Voters in three other school board districts replaced their incumbents: Sarah Usdin won 58 percent of the vote over Brett Bonin’s 32 percent in District 3’s three-way race; Leslie Ellison edged out Lourdes Moran in 52 to 48 percent in District 4; and Nolan Marshall Jr. won 68 percent of the District 7 vote to replace Thomas Robichaux. Ira Thomas and Cynthia Cade turned away challengers in Districts 1 and 2, and Seth Bloom in Uptown-based District 5 faced no opposition.

In several cases, Koppel said the voters’ decision had less to do with broad philosophies and more to do with the specific candidates, but in general, he said supporters of continued reform of local schools should be pleased.

“Going forward, you’re still looking at a ‘reform’ majority on the board, if not a supermajority,” Koppel said. “No one wants to see the board roll back to what it was before.”

The board’s top priority will be choosing a new superintendent, but Koppel said the change in the board composition should not affect that process. Koppel has called for a community-wide conversation about the structure of the local school system prior to beginning the superintendent search.

For example, if New Orleans wants the OPSB to maintain its current mix of traditional direct-run schools and some charters, gradually accepting RSD schools back and authorizing new charter operators, that’s one kind of superintendent, Koppel said. On the other hand, if the city decides to continue granting specific schools more autonomy for site-based management, that requires a different skill set, he said, someone more adept and managing the flow of resources between somewhat independent schools.

Coleman, a Democratic party official making his first run for office, appeared at the victory party for LaToya Cantrell on Tuesday evening prior to the results being announced. He said his first concern was the Presidential election, followed by Cantrell’s and U.S. Rep. Cedric Richmond’s, and finally his own.

Turnout in District 6 was 42.8 percent, with far fewer votes cast than for President, according to the Secretary of State’s office. Koppel speculated that the long ballot full of Constitutional amendments — with long lines and a three-minute time limit — may have caused voters to give up on making a choice in every race. 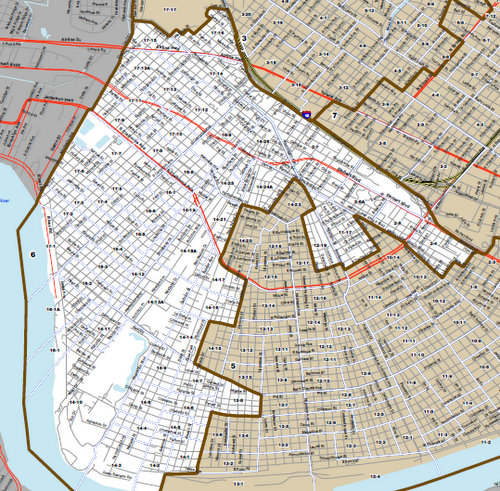 District 6 on the Orleans Parish School Board

[Note: This article was first published with results of the election at 11:49 a.m. Wednesday and updated at 3:05 p.m. with comments from Koppel.]