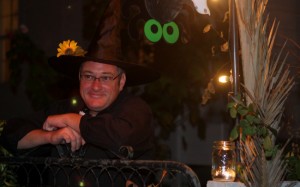 Three blocks of Hillary and Cherokee streets will become a spooky block party from 5:30 p.m. to 7:30 p.m. Wednesday for the sixth annual “Halloween on ‘Ch’-illary” event.

The party will include the 300 to 500 blocks of both Hillary and Cherokee, as well as the 7500 blocks of the two cross streets, Pearl and Dominican, the invitation states.